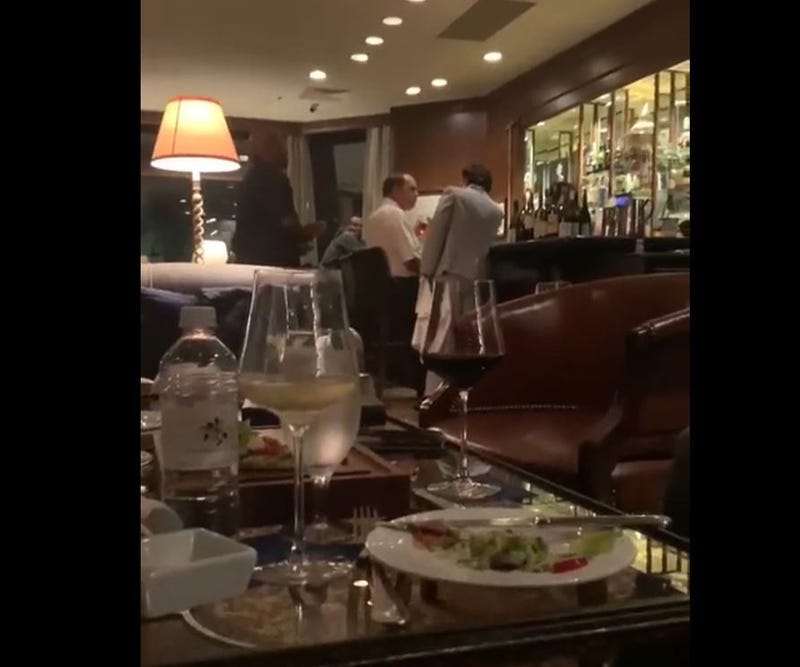 A testy exchange between a bar patron and New Orleans Mayor LaToya Cantrell is making the rounds on Twitter.

The video was shot by another patron off to the side while the participants were involved in a verbal tete-a-tete at the upscale Polo Club Lounge in the Windsor Court Hotel on Gravier Street.

The heated conversation centered on the unidentified patron’s questioning of the Mayor’s decisions around Hurricane Ida.

In the video, the Mayor repeatedly demands to know why the man called out her name in the sparsely occupied lounge.

"When you call my name, you speak to me. You understand? It's me. So LaToya is me. What do you have to say to me?” Cantrell either did not like the man’s answer or refusal to answer because she kept up her barrage: “I don’t care, but you called my name."

@NOLAnews @WWLTV @wdsu @CNN @FOX8NOLA @FoxNews Please watch these video for a taste of what life as a New Orleans citizen is like under @mayorcantrell pic.twitter.com/wNjVJM87ie

Cantrell made a pointed defense of her decision stating there wasn’t enough time to order a mandatory evacuation as the fast-moving hurricane bore down on New Orleans and southeast Louisiana.

Before the exchange could escalate further members of the Mayor’s security detail appeared to step in and both parties reportedly separated after the video ended, going their own ways.

Thursday evening, Mayor Cantrell addressed the confrontation during a question and answer portion following a press conference on trash pick up.

The Mayor said she had not seen the video. She stated she was being disrespected by the man she is seen addressing sternly.

During the press conference, the Mayor said she hoped the video would show the full episode so people would understand she was standing up for herself.

The video of the press conference is below. The Mayor's comments on the imbroglio are in the final two minutes.