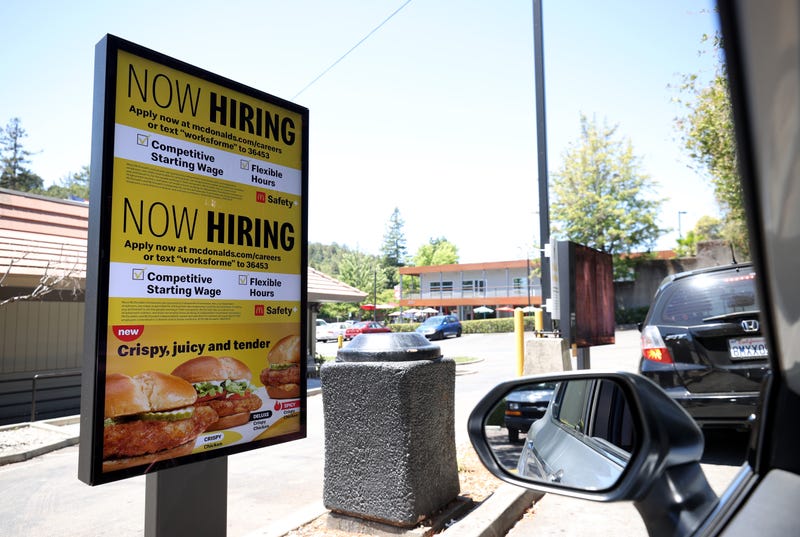 A "Now Hiring" sign is posted in the drive thru of a McDonald's restaurant on July 07, 2021 in San Rafael, California. As the economy continues to reopen across the U.S., job openings edged up slightly in May to a record 9.21 million as businesses struggle to keep up with growing demand for goods and services. Photo credit Justin Sullivan/Getty Images
By Joe Hiti, Audacy

You could have your kids in daycare while you are making a Big Mac as McDonald's and other companies offer childcare options to parents who return to the workforce.

With the U.S. economy down millions of jobs, and businesses across the country grappling with labor shortages, some industries are working to find creative ways to get people back to work, according to USA Today. 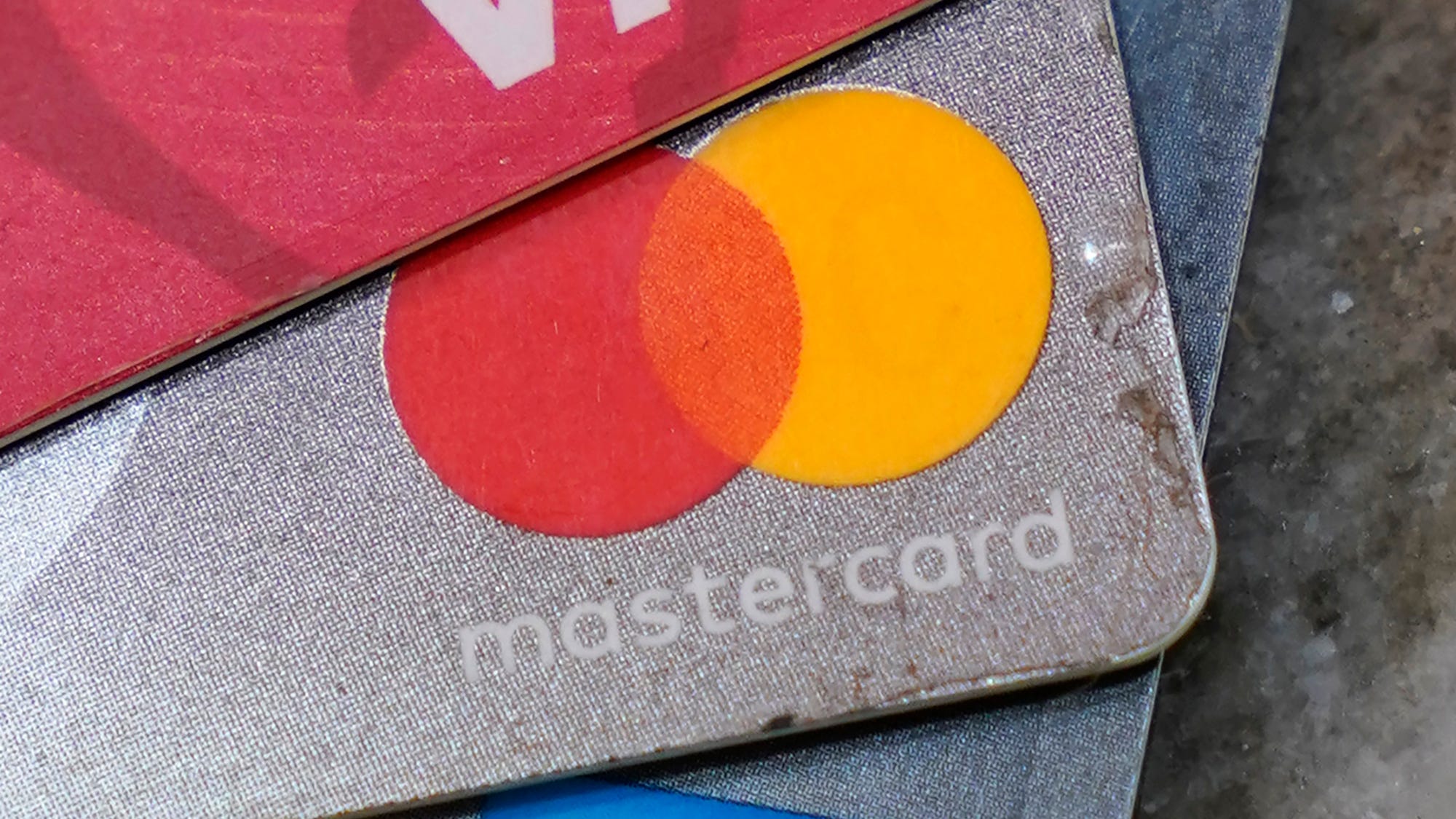 US unemployment claims fall to 360,000, a new pandemic low

One of the biggest industries to take a hit was the hospitality industry, which in the last year was forced to close down, limit capacity, and now has been given the green light to reopen after a year of struggling. However, many continue to struggle with not having enough employees to staff busy hours.

Some have blamed the lack of unemployed adults returning to work on the boosted benefits of an extra $300 a week for unemployment. Over the past few weeks now, many states have been trying to end these souped-up benefits.

Some legislators think removing the extra financial incentive would motivate more people to get back into work rather than fall back on a generous unemployment check.

With the unemployment check giving out more money than some minimum wage jobs, it is easy to think that those workers would rather stay unemployed. This is also a reason why some states have attempted to end the boost early. 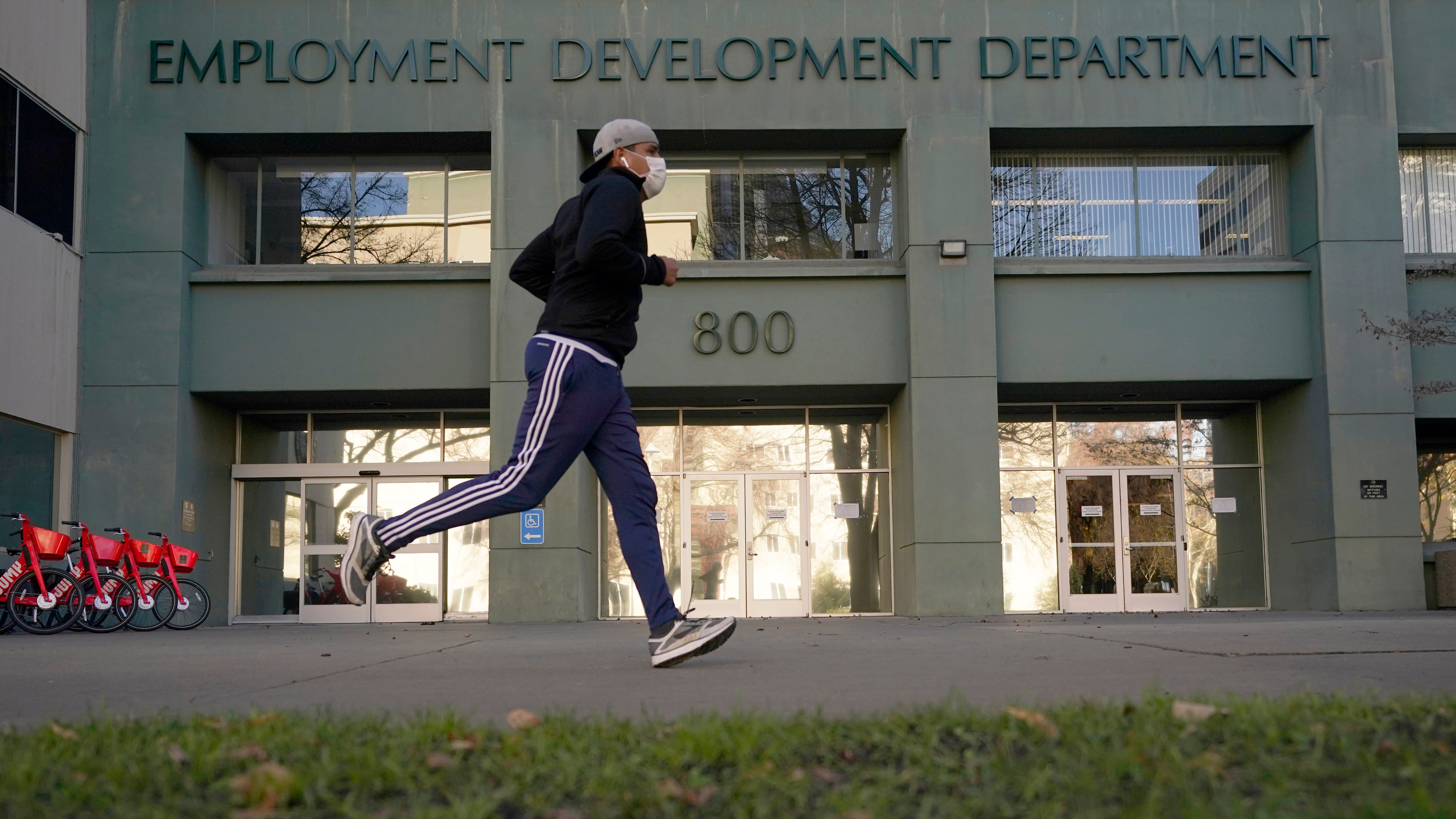 Companies are raising wages and offering child care incentives to sweeten the pot in attempts to get parents employed again.

U.S. McDonald's restaurants are rolling out an emergency child care program, while other companies are giving stipends towards child care bills.

With schools reopening for the upcoming school year, many parents are expected to return to the workforce if they have not done so already. In addition, with labor shortages continuing to burden the country, incentives to return unemployed adults to the workforce may become more common. 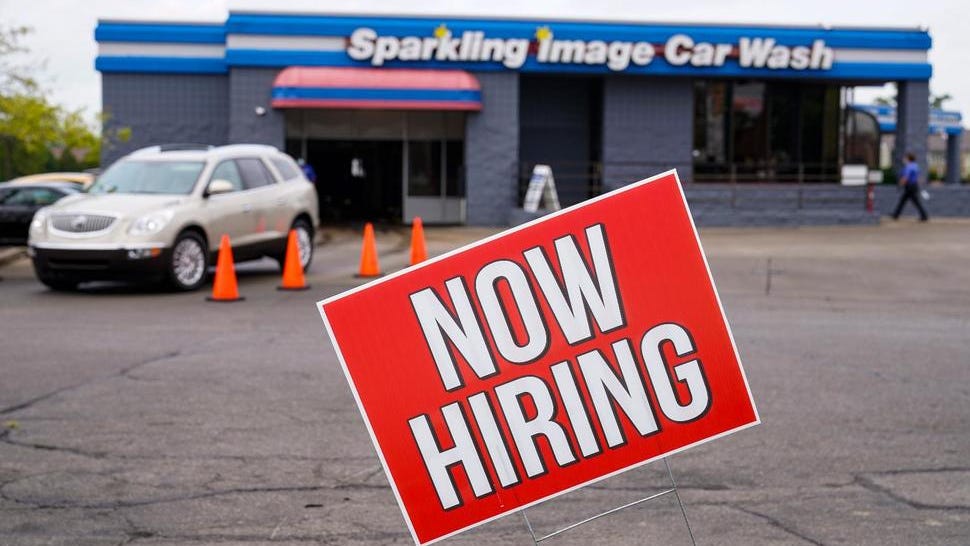