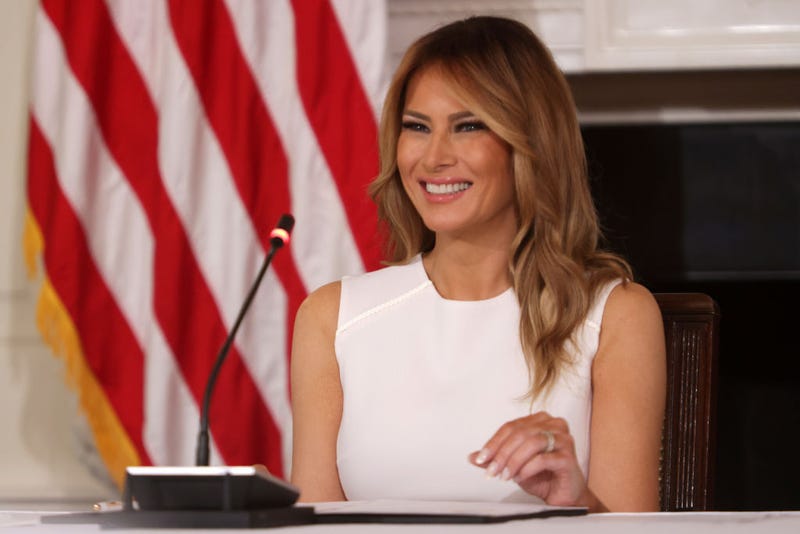 The former first lady, 51, was spotted sporting a stunning polka-dot dress while enjoying a Mother’s Day lunch on Sunday.

Photos revealed the mother-of-one donning the elegant piece while dining with her husband, former President Donald Trump, and their 15-year-old son, Barron, in Florida, the Daily Mail reports.

In the photo, Melania can be seen looking off to the side while wearing the dress, which featured a collar at the neck, with decorative white buttons on the shoulder and a matching polka-dot belt at the waist. In front of her on the table are her cutlery, a folded napkin and a smartphone that rests face-down on the tablecloth. 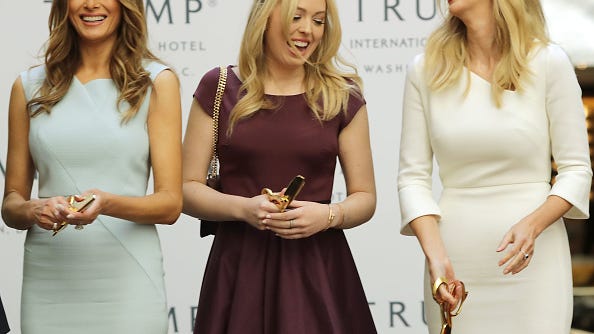 See where all the Trump family members are now

Both Melania and the former president were seen in the background of two photos shared to social media by other attendants, which the outlet shared.

According to the Daily Mail, Mother’s Day marked Trump’s departure date from his Mar-a-Lago estate. Sources told the outlet the former president, 74, is relocating to his golf club in Bedminster, NJ, where he will focus political and fundraising activities. 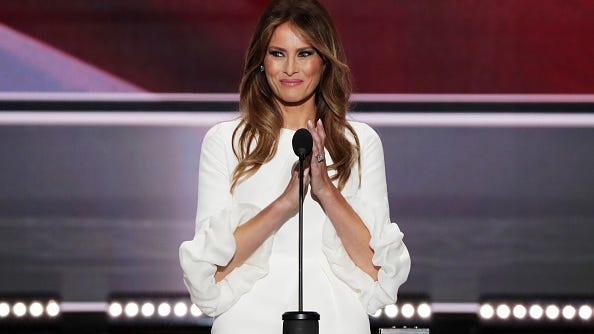 This isn’t the first time Melania has been spotted in a glamorous gown since Trump left office after the 2020 election.

In early April, the former first lady was seen in a white $1,900 Giambattista Valli dress at a dinner hosted by Trump for Republican National Committee donors. 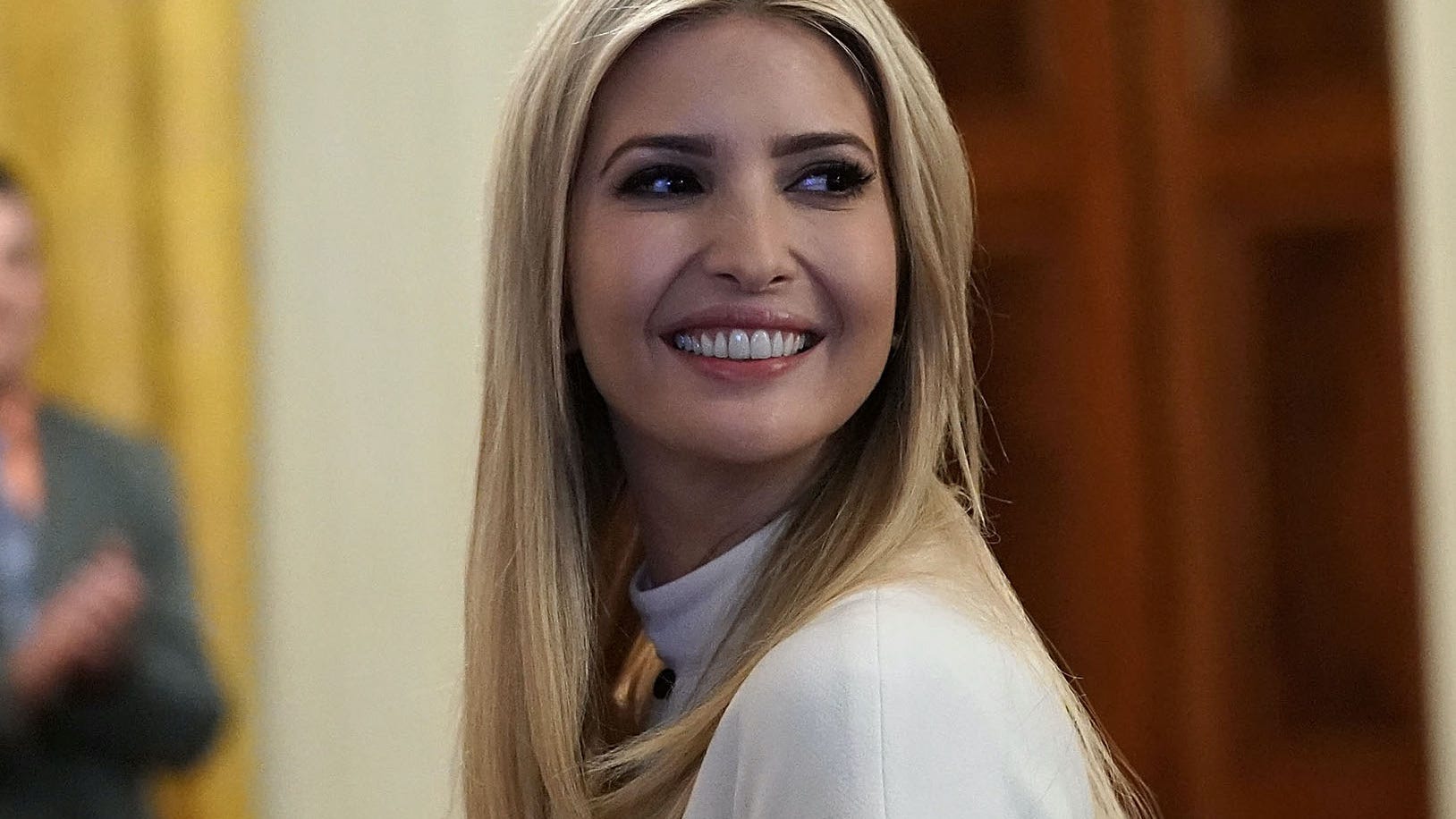 At the end of April, Melania also took to Twitter to thank fans on social media for birthday wishes as she turned 51 — her first birthday since departing Washington.

Thank you to everyone for the wonderful birthday wishes!

“Thank you to everyone for the wonderful birthday wishes!” she tweeted to her more than 1.7 million followers.

sports
Mike Golic gets candid on ESPN ouster: ‘They didn’t want me anymore’
sports
Single-game sports betting is coming to Canada
sports
Pete Alonso commits to Home Run Derby
music
Mary J. Blige says her documentary shows where her pain came from and 'why it healed so many people'
music
WORLD PREMIERE: Bastille - 'Distorted Light Beam'
music
Sharon Stone airs out latest Hollywood beef: ‘There are other actresses as talented as Meryl Streep’