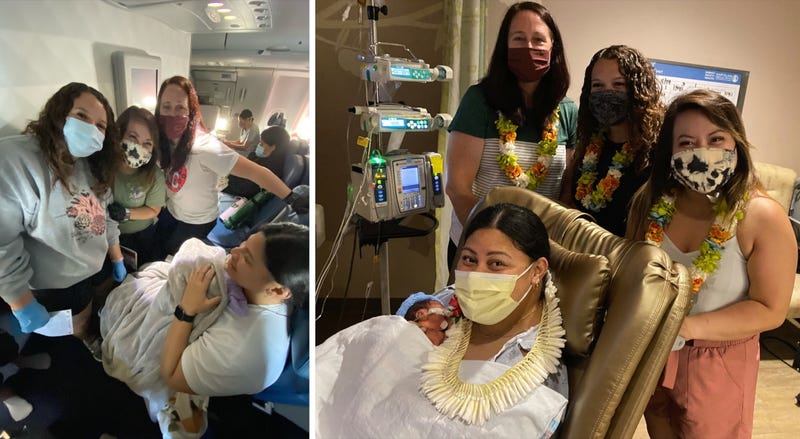 (KMOX) - You'd be lucky to have just one medical expert on board in the case of an emergency birth on an airplane. But this woman was blessed to have a doctor and three NICU nurses on her flight to deliver her baby.

They all responded when there was an emergency call sent out about halfway through the flight.

Since airplanes aren’t equipped with the necessary medical equipment, the impromptu team had to use a couple of shoelaces to tie and cut through the umbilical cord, made baby warmers out of bottles that were microwaved, and used an Apple Watch to measure the baby’s heart rate.

Glenn explained how it really takes a whole team to pull off an emergency birth like this. 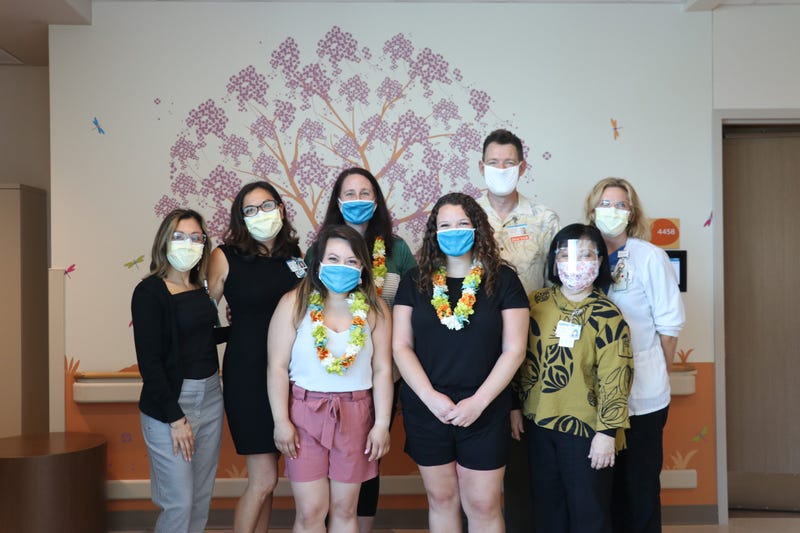 “I don't know how a patient gets so lucky as to have three neonatal intensive care nurses onboard the same flight when she is in emergency labor, but that was the situation we were in,” says Dr. Glenn, who is pictured at left with new mom Lavi Mounga. “The great thing about this was the teamwork. Everybody jumped in together and everyone helped out.

“Basically, you need somebody to watch the mom too because we have two patients, not just one. So someone’s got to help cut the cord, someone’s got to help deliver the placenta, we’ve got to check vital signs on mom. Meanwhile we’re trying to resuscitate baby, make sure baby’s breathing, get baby warmed up. That’s a lot of work to do, and we’re all trying to work in a very small, confined space in an airplane, which is pretty challenging. But the teamwork was great.”

Newborn baby Raymond Mounga has some new aunties and an uncle for life, according to mom Lavinia “Lavi” Mounga, who...

Posted by Hawaii Pacific Health on Sunday, May 2, 2021

After Mounga and baby Raymond made it to the hospital, the nurses and doctor went to visit her a couple days later.

“We all just teared up. She called us family and said we’re all his aunties, and it was so great to see them,” said Ho.

And mom was so thankful for their help.

“It has been very overwhelming, and I’m just so lucky that there were three NICU nurses and a doctor on the plane to help me, and help stabilize him and make sure he was ok for the duration of the flight,” said Mounga.