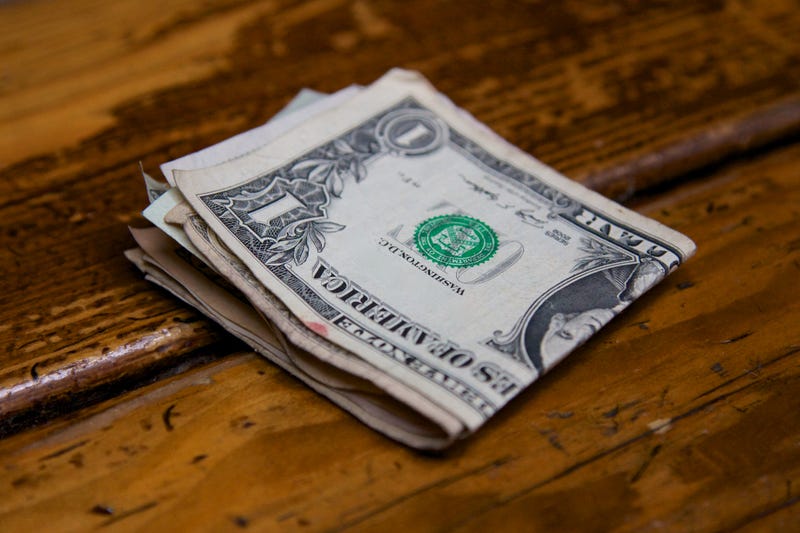 A working mother from Texas shared a video that has started a conversation about pay among waitstaff and bartenders.

Aaliyah Cortez, a mother who works as a server and bartender at a sports bar in Austin, Texas, recently posted a TikTok video showing her wages, reported TODAY.

In the video, she explained that her paycheck was a total of $9.28, which she said was the total amount that she had earned for working over 70 hours in two weeks.

The video was posted in January and has received over 840,000 views.

“So this is why you should always tip your bartenders, servers or anyone who waits on you,” Cortez said in the video.

She broke down her hourly wage for viewers, outlining the $2.13 she makes per hour. At this rate, she then would have earned about $150 before taxes. She demonstrated how deductions like social security end up taking away a “significant portion of her earnings.”

Cortez told TODAY that the point of the video was not to call out the business that she works for. She wanted to remind customers the importance of tipping employees in the service industry.

“All of my checks can vary just depending on how much I made in tips for the two-week period. I’ve gotten zero-dollar checks to about $12,” Cortez said. “You start to just see your check as a laughable thing after a while.”

Cortez also explained that her paycheck is different each week depending on how customers tip.

“Generally, most people will tip, but there will be those few tables that will under tip, or not even tip at all,” Cortez said.

“The most upsetting situation happens where a table doesn’t tip is from sports fans when their team doesn’t win. We have absolutely no control of that and we’ve most likely waited on them for a few hours,” she continued.

“I absolutely believe people who haven’t worked themselves or have someone close in the industry don’t understand how much a tip really means to us. We literally rely solely on tips,” said Cortez. “Not all of the tip goes to us, we have to pay the people who brought the food out to the customers and the people who bussed the table for us and if a table walks out on their tab, that comes out of our tips."

TODAY reported that the minimum wage in Texas is currently $7.25. Those who work in the service industry receive a “cash wage,” which assumes employees will receive further pay through tips, therefore giving them less money hourly.