A summer camp in Georgia is the latest location to have an outbreak of coronavirus.

More than 250 campers and staffers at the sleepaway camp have tested positive for COVID-19, according to CNN.

The camp appears in a new report by the Centers for Disease Control and Prevention, but is unnamed and only referred to as “Camp A.”

The CDC worked with the Georgia Department of Public Health after a teenage counselor began feeling ill and was sent home. The following day, it was confirmed that the counselor had tested positive.

The camp, which consisted of more than 600 campers and more than 120 staff members, began sending everyone home.

Prior to the counselor getting a positive diagnosis, the camp had been open for five days for orientation with staff and two days with campers.

Of the 597 camp attendees from Georgia, 344 were tested. Within weeks, 260 had received a positive diagnosis. Officials warn that the actual number could be higher since not all campers and staff were tested.

While no deaths have been reported, the most common symptoms were fever, headache and dry throat. In addition, 36 of the infected reported no symptoms at all.

The study found that a higher percentage of the youngest children tested positive, with 51% of kids aged 6 -10 years contracting the novel virus, versus 44% of children between 11 -17, and 33% of those 18-21 years old. 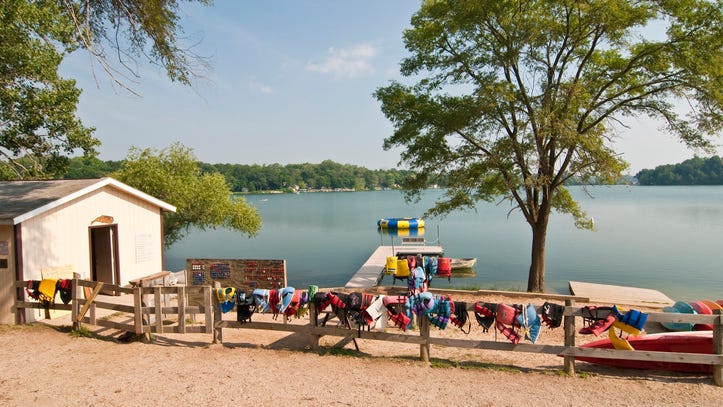 "This investigation adds to the body of evidence demonstrating that children of all ages are susceptible to SARS-CoV-2 infection and, contrary to early reports, might play an important role in transmission," the study said, reported BuzzFeed.

The study also pointed out that the camp followed most of the CDC’s recommendations such as “rigorous cleaning and sanitizing, social distancing, and frequent hand washing strategies.”

However, the camp only required staff to wear cloth face coverings and not the campers, and also didn’t open windows and doors to further ventilate indoor settings.