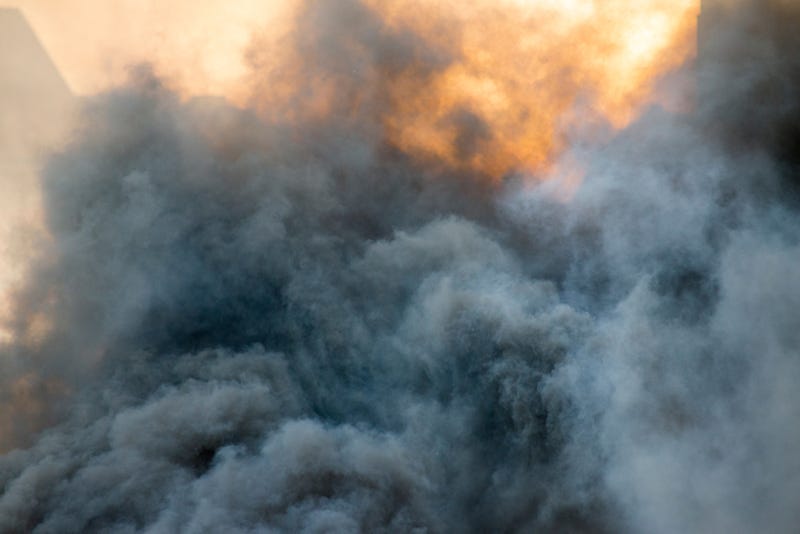 A horrifying incident occurred mere moments after a mother had just seconds to think.

Naledi Manyoni, a 26-year-old mother, was filmed by BBC cameraman Thuthuka Zondi after she threw her daughter, Melokuhle, from a burning building amid the ongoing riots in Durban, South Africa.

[WATCH] Toddler rescued from a fire. Looters started a fire after stealing everything from the shops on the ground floor. They then set fire to the building, affecting apartments upstairs. Neighbours caught the little girl 🥺#ShutdownKZN watch @BBCWorld for more pic.twitter.com/LTMTAa7WAz

According to Today, the mother was on the sixteenth floor of her apartment building when protestors on the ground floor set the structure on fire.

“All I could think was to make sure my baby lived,” Manyoni said. She mentioned that she saw the smoke rising and instantly knew that she needed to rush out of the building.

Due to the fire, elevators were not working, and Manyoni thought fast and frantically carried her daughter down the steps. However, she wasn’t able to get to the ground floor.

The mother was then able to squeeze through a balcony. After yelling for help, people opened their arms up to catch the almost 2-year-old.

“All I could do was trust complete strangers,” Manyoni said.

Zondi, the cameraman who captured the bizarre moment, shared his opinion after posting a picture of the child jumping.

Captured one those images that will forever live in my heart. Amongst the chaos there were heroes today, they caught her and she is fine. @nomsa_maseko pic.twitter.com/YX8KTap8ct

“Captured one those images that will forever live in my heart. Amongst the chaos there were heroes today, they caught her and she is fine,” he wrote.

Reports confirm that both the mother and daughter are safe and were reunited shortly after the jump.

Protests across South Africa continued to occur after the country arrested ex-President Jacob Zuma after failing to appear at a corruption inquiry. So far, 72 people have died amid the chaos that is happening across the country.