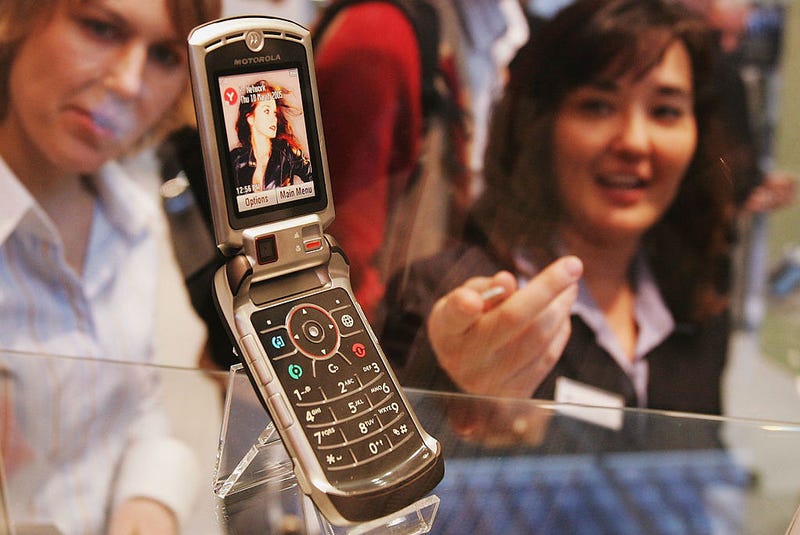 If you thought the flip phone days were over, think again.
Motorala has just come out with a new version of the coveted Motorola Razr.

According to CNN, the original Morotoral Razr was the best selling phone of all time when it came out in 2004. The crown was quickly snubbed by the iPhone upon its rise in popularity several years later.

Ever since the iconic phone’s drop, the company has been trying to replicate the success of the famously slim phone. The original Razr is still super slim by today’s standards when everything is back-pocket friendly.

But even with the advancements in the technology of other, slim and impressive phones, the new Motorola Razr makes a huge splash – and comes with a huge price tag. The phone, which is selling for a whopping $1,500, has the sleek Razr look that opens up to a full touch screen experience.

Motorola has brought back the Razr, the legendary flip phone from 2004 https://t.co/lL2rA54EK7

The folding technology reduces your 6.2-inch smartphone to an even smaller, more pocketable item. It uses a well-engineered hinge to make the ever-popular folding touch screen a reality. According to CNN, people who have tried the phone mention the flip-to-hang-up feature one that they’ve missed from flip phones of the past.

When the phone is closed, there is another, front-facing screen available. You can still check the time, quickly respond to text messages, and even take the perfect selfie with the phone’s camera which faces outward when the phone is open.