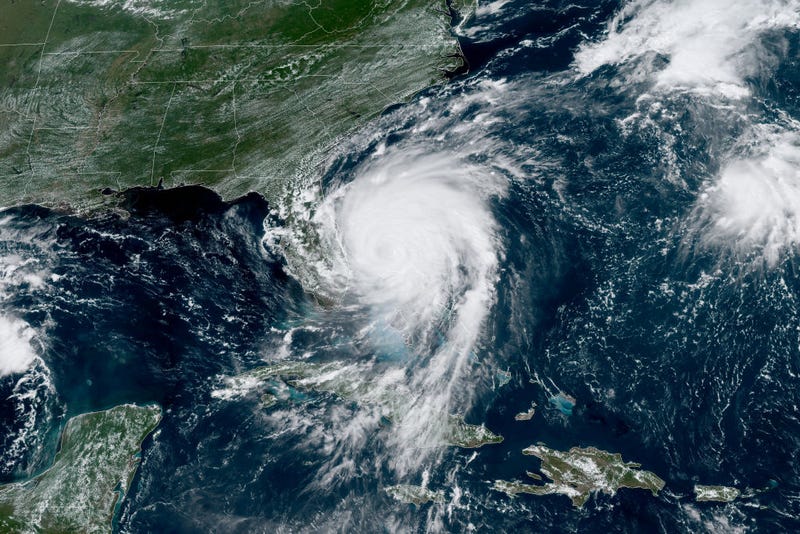 A Florida couple will always remember the power of Hurricane Dorian.

But as Hurricane Dorian was making its way towards the east coast of Florida, McCloud went into labor. On Monday at 11:07 am, she gave birth to their son 12 days early. He weighed in four pounds and eight ounces at AdventHealth Deland hospital.

When it came time to officially name their bundle of joy, the couple felt inspired and chose Dorian for his middle name, according to CNN.

"I was hoping he would wait until after the hurricane!," McCloud said. "This is a storm I definitely won't forget."

While Dorian came within 100 feet of the Florida coast, the family got another bit of good news as they learned their home was spared of any damage and that it still had electricity. All three returned home on Wednesday.

Dorian brought heavy rains and wind gusts to Florida as it made its way up the coast towards the Carolinas.

#Dorian is expected to bring heavy rain and flash flooding to portions of the Georgia, South Carolina, and North Carolina over the next three days. @NWSWPC https://t.co/VyWINDBEpn pic.twitter.com/UOAp7XWShq

Although downgraded to a category 2 storm at the time, federal emergency declarations have been approved for Florida, Georgia, South Carolina, and North Carolina, with the governor of Virginia also declaring a state of emergency.

The Bahamas faced the brunt of the devastation after being clobbered for 48 hours, with at least 20 people confirmed dead so far. In addition, thousands of homes have been destroyed and tens of thousands are without drinking water.

The U.S. Coast Guard was deployed to the Bahamas to provide humanitarian aid.