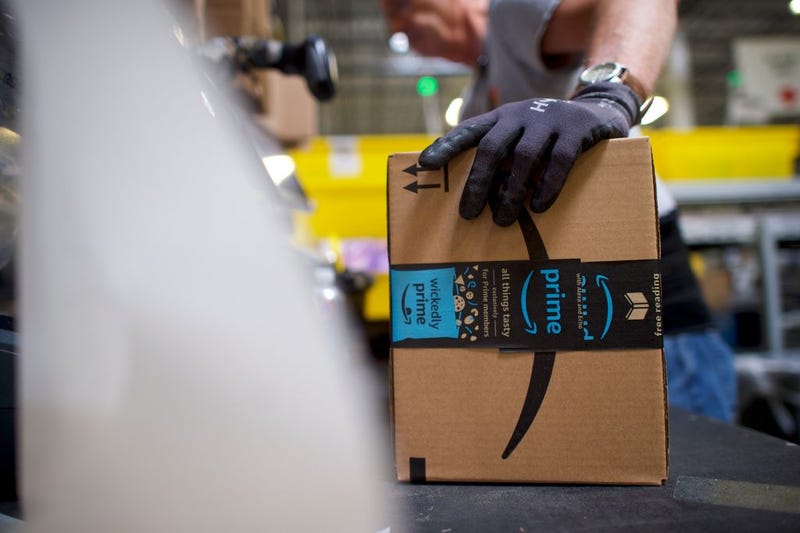 Nobody wants a cake that tastes like a cardboard box, but if it looks like one, then that’s a different story!

Emily McGuire is avid shopper on Amazon and is used to receiving boxes from the online retailer several times a week.

So when her husband, Mac, surprised her with a birthday cake that was made to look like a regular Amazon package, she couldn’t have been more pleased.

When you order a lot from Amazon..you get an Amazon box cake. . . . #amazon #birthdaycake #i❤️amazon #hubbydidgood #photo #instagood #pictures #present

In addition, a Priority Mail shipping label made out of sugar was addressed to Emily at “1234 Birthday Lane” in “Happy Birthday, 2U.”

While the bakery revealed the cake took eight hours to make, it only cost $50.

Emily, who runs a photography business, shared images of the delicacy to her Facebook account and quickly saw her story go viral.

When you order a lot from Amazon..you get an Amazon box cake. . . . #amazon #birthdaycake #i❤️amazon #hubbydidgood #photo #instagood #pictures #present

Although most people commented how “delicious” and “awesome” they found her husband’s gift, Emily said her one regret is that she wished she posted a higher quality photo of the cake.

Meanwhile it looks like she won’t be the only one enjoying an Amazon cake as the bakery has been hounded with requests.

“We’ve been getting lots of calls from people who want the cake,” owner Brent Norris said. “The phone keeps ringing.”

No word if they offer nationwide free two-day delivery.