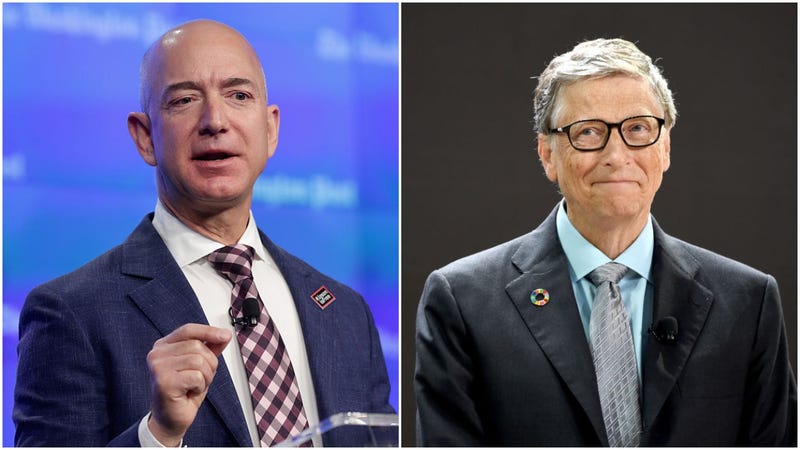 Amazon founder Jeff Bezos has been dethroned as the richest man on earth. The top billionaires have shifted in favor of Bill Gates.

According to the New York Post, Bezos, who owns both Amazon and the Washington Post, is now only the second richest man on the planet thanks to Gates’ $105.7 billion net worth. The Amazon giant was knocked down a peg when his stock price fell 7% on Thursday.

While Bezos joined the ranks of the Forbes 400 back in 1998 with $1.6 billion, it wasn’t until 2018 when he first gave Gates a run for his literal money. He swooped in with his $160 billion, ending Gates’ 24 years at the top of the wealthy food chain.

Unsurprisingly, it wasn’t just the stock dropping that led to Bezos’ lower ranking on the richest man charts. His divorce from MacKenzie Bezos had his ex-wife walking away with a quarter of his fortune. Now sitting on $32.7 billion, the ex-Bezos is one of the wealthiest people in the world.

Had the Bezos couple not divorced, the mega-CEO would still be number 1 on the list of the wealthy.

Gates, on the other hand, reclaims his spot on the top of the list despite stepping down as chairman of Microsoft back in 2014. He now remains a board member and a co-chairman of the Bill & Melinda Gates Foundation.