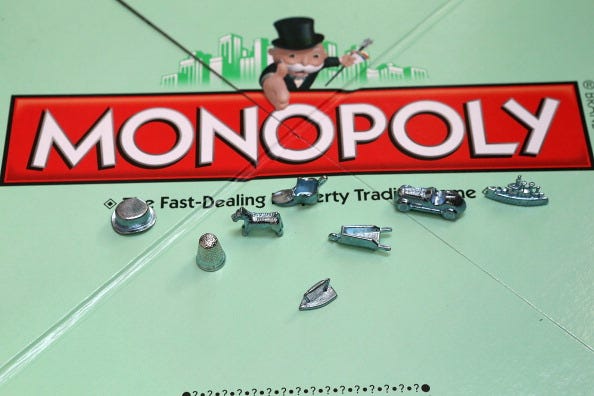 Hasbro is making a game out of the gender pay gap.

The toy company is launching a new version of their iconic board game Monopoly that emphasizes female trailblazers and actually pays women more than men, according to CNN.

Entitled Ms. Monopoly, the revamped edition will give female players $240 every time they pass go, as opposed to $200 for men. In addition, ladies will start out with $1900 off the bat, while the fellas will have to make due with $1500.

"With all of the things surrounding female empowerment, it felt right to bring this to Monopoly in a fresh new way," said Hasbro executive Jen Boswinkel. “It’s giving the topic some relevancy to everyone playing it that everybody gets a turn, and this time women get an advantage at the start.”

The popular game features several other modern updates where instead of buying properties like Park Place, players will invest in inventions spearheaded by women like Wi-Fi, chocolate chip cookies, solar heat and shapewear.

New game pieces include a white hat, jet, wristwatch and a goblet.
Leave the iron in the ‘50s, kids.

For diehards of the original, going to jail, luxury taxes and chance cards are still included in Ms. Monopoly.

Hasbro says players will also have the option to pay male players the same as women but hopes the new version will open up dialogue for parents to discuss the complicated topic of pay disparity with their sons and daughters.

Ms. Monopoly is available for pre-order at Walmart.com for $19.99 and will be shipped starting on September 18th.