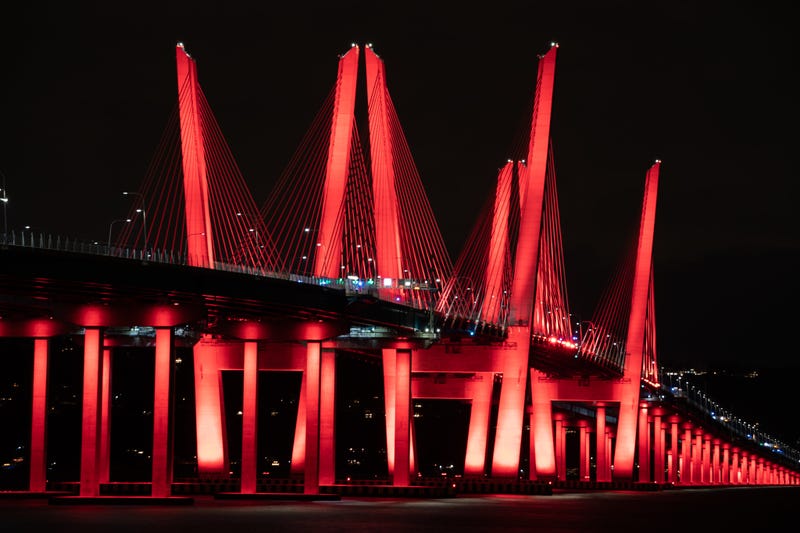 “World AIDS Day is a very solemn time for us to remember those we have lost to the HIV epidemic, as we raise awareness of this tireless battle that continues to this day,” said Gov. Kathy Hochul.

The landmarks will be lit as the world approaches 40 years since the first AIDS cases were reported.

“Even now, despite the progress we've made, people living with HIV continue to feel the pain of the stigma attached to this virus, and by lighting New York's landmarks we can take a moment to honor the 700,000 American lives that we have lost due to AIDS-related illnesses and recommit ourselves to ending the AIDS epidemic once and for all,” Hochul said.

The theme for World AIDS Day 2021 is "Ending the HIV Epidemic: Equitable Access, Everyone's Voice," and aims to highlight the health inequalities for nations and people affected by HIV.

According to Gov. Hochul’s office, over 36 million people around the globe have lost their lives due to AIDS-related illnesses.

While anyone can be affected by the disease, Hochul’s office noted there continues to be a stigma against many affected populations, including many in the LGBTQ community, those suffering from drug addictions and other marginalized groups.