We could all use a little love and compassion now as the world battles the coronavirus pandemic.

That’s why one Minnesota state trooper is being praised for helping a passenger he pulled over instead of giving her a ticket.

State Trooper Brian J. Schwartz pulled Dr. Sarosh Ashraf Janjua over for speeding while she was on her way to a hospital in Duluth where she works as a locums cardiologist, according to PEOPLE.

Instead of handing her a ticket, Schwartz explained the dangers of speeding, handed her a warning, and topped it off with a handful of N95 masks.

In her Facebook post, Janjua explained that she makes a monthly trip to Minnesota for work and usually flies, but with the novel virus spreading rapidly, she couldn’t “justify flying back and forth,” so she opted to drive.

Schwartz pulled her over near the end of her drive and she recalled him looking at her Massachusetts driver’s license and asking “what I was doing all the way out in Minnesota, so I told him.”

“He went back to his patrol car to look up my license, and when he returned, quite firmly told me it was very irresponsible of me to be speeding, especially since I would not only take up resources if I got into an accident, but would also not be in a position to help patients,” she continued adding that she waited to get written up.

“As I sputtered to apologize and say thank you, he reached in to hand me what I assumed was my license back,” Janjua said. “It wasn’t until my hand had closed around what he was giving me that its unexpected bulkiness drew my eyes to it. Five N95 masks, from the supply the state had given him for his protection.” 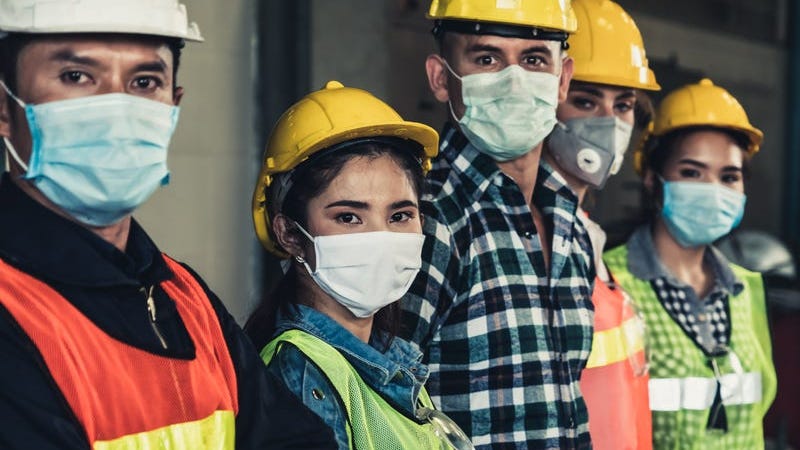 The gesture may have been small, but it meant the world to Janjua who said she "burst into tears."

"Like all healthcare workers and emergency responders around the world, I have felt afraid of not having adequate protective equipment, and in my darkest moments, have worried about what would happen if I fell sick far from home," she said.

Janjua continued: “This complete stranger, who owed me nothing and is more on the front lines than I am, shared his precious masks with me, without my even asking.”

The lesson here: don’t speed and always help someone in need.