A single passenger is reportedly responsible for spreading COVID-19 to 15 other people.

According to a study published by the CDC on Friday, the COVID spread happened on a flight from London to Hanoi, Vietnam in March 2020.

The super spreader was identified as a 27-year-old woman from Vietnam who reportedly had a sore throat and cough when she boarded the flight.

She’s believed to have infected twelve passengers in business class, two in economy, and a crew member, per the study.

Researchers noted that "the risk for on-board transmission of SARS-CoV-2 during long flights is real and has the potential to cause Covid-19 clusters of substantial size."

“Our findings call for tightened screening and infection prevention measures by public health authorities, regulators, and the airline industry,” they added.

They note that the "route of transmission during the flight is aerosol or droplet transmission.”

This prompted contact tracing for all 217 passengers aboard the Vietnam Airlines flight. Despite passengers traveling to several provinces, there was no evidence of transmission in Vietnam after arrival. 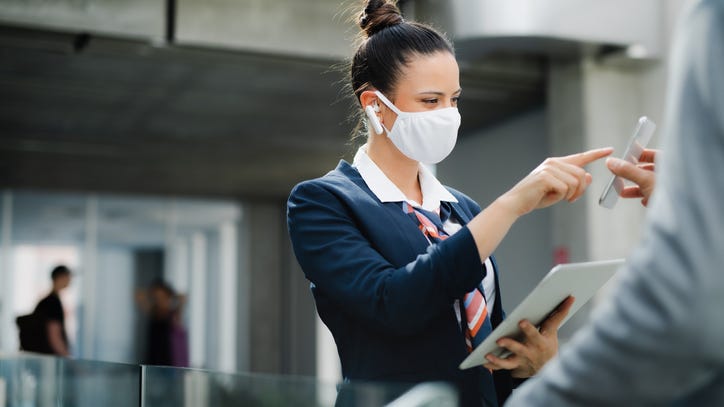 At the time of the flight, testing had not been implemented nationwide. However, all passengers were reportedly screened for COVID upon arrival. It notes that it’s unclear if the woman’s symptoms were flagged at the time.

None of the passengers and crew members were required to wear masks on the flight or at airports yet.

The CDC guidance assures the virus isn’t easily spread on planes due to the air filtration system, but it’s highly possible to contract it when sitting within 6 feet of others and touching frequently used surfaces on long-haul flights.

Per The Washington Post, nearly 11,000 people were exposed to the novel virus through flights since March.