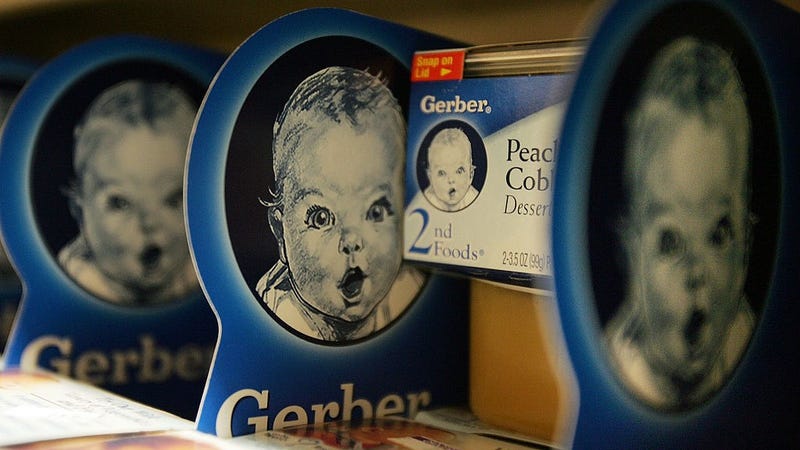 Ann Turner Cook, the original Gerber Baby, passed away at 95, the baby products company announced in an Instagram post on June 4.

"Gerber is deeply saddened by the passing of Ann Turner Cook, the original Gerber baby, whose face was sketched to become the iconic Gerber logo more than 90 years ago," Gerber said in the post.

"Many years before becoming an extraordinary mother, teacher and writer, her smile and expressive curiosity captured hearts everywhere and will continue to live on as a symbol for all babies. We extend our deepest sympathies to Ann’s family and to anyone who had the pleasure of knowing her 💙."

Cook was born in Westport, Connecticut on Nov. 20, 1926, and her neighbor, artist Dorothy Hope Smith, sketched her face when she was just 5 months old. The charcoal drawing was then submitted to Gerber's national contest in 1928, and after being selected as the winner, it became the company's trademark in 1931, Gerber said on their website.

Smith told Gerber that she'd finish the drawing if it was chosen as the winner, and "entered her simple charcoal sketch of a tousle-haired, bright-eyed cherub of a baby with endearing pursed lips."

"But the judges fell in love with the baby face Smith drew, and when they chose it as the winner, they insisted that the simple illustration remain a sketch," Gerber said.

Gerber then decided to keep Cook's identity as the Gerber Baby a secret for 40 years until 1978, as some believed that the baby was a famous movie star or another celebrity.

"In a poll taken across the United States, people speculated as to the identity of the Gerber Baby," Gerber said. "Guesses ranged from movie stars Humphrey Bogart and Elizabeth Taylor to Senator Bob Dole. Over the years there have been rumors of the actress Jane Seymour being the Gerber Baby. But mystery novelist and retired English teacher Ann Turner Cook knew the correct answer: She is the Gerber Baby."

Cook had been aware of the secret her entire life, according to The New York Times.

"I was probably about 3 years old when mother pointed at a baby food jar and said that was my picture," Cook told CBS in 2013. "I thought it was quite a lovely thing."

Cook's son, Cliff Cook, told NBC News that his mother had suffered a fall last week and was hospitalized before her health turned for the worse. She died on Friday, June 3, while surrounded by family. Cliff Cook added that she was very active and had a great sense of humor until her final days.

After earning her master's degree in English from the University of South Florida, Cook became a junior high and high school English teacher, and was later the department chairwoman of Hillsborough High School in Tampa. Cook went on to self-publish a series of crime novels after she retired from teaching, and even appeared on the TV quiz show, "To Tell the Truth," for an interview in 1990.