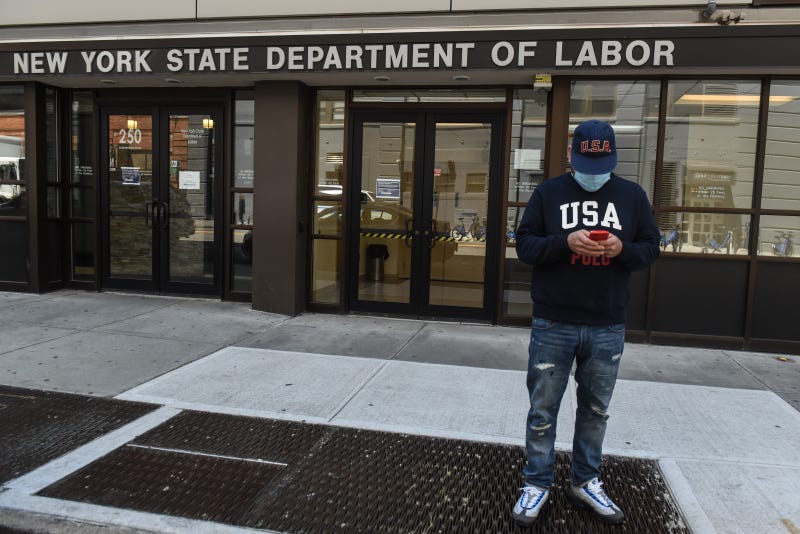 NEW YORK (1010 WINS) — Amid the news of a disappointing August U.S. jobs report, the nation's unemployment dropped to 5.2%.

However, with citywide unemployment at 10.5%, new reporting by The City found more than 1.6 million New Yorkers will lose their unemployment benefits before Monday due to expiring federal pandemic-era unemployment programs.

However, with signs that the highly transmissive delta variant might have discouraged further economic gains after two months of growth, Legal Aid's Richard Blum told The City that New York's economy has still not recovered.

"There’s a lot of hope that despite the Delta variant sectors will continue to reopen, but the tourist, hotel, performing arts industries are all at risk, as well as the businesses that depend on those," said Blum, an attorney with the Legal Aid Society’s Employment Law Unit. "New York has a very interconnected economy.”

With the end of Pandemic Unemployment Assistance from the federal government, as of Aug. 7, more than 916,000 New Yorkers claimed these benefits each week.

As of the week of Aug. 21, around 1,200 people filed new claims for the program created to benefit those most likely to be affected by the ending of federal benefits: gig and self-employed workers.

Nicole Quinn, director of CUCS Connects, an organization that helps New Yorkers receive public benefits, said the impact of this loss will be "huge."

"People are going to see an impact immediately from the $300 a week stopping," she said. "It will have an acute impact on your bank account.”

Although President Joe Biden reportedly said he did not plan to extend these pandemic-era benefits, workers will receive the 26-week limited unemployment insurance after the Labor Day deadline.

"This also includes if you were laid off earlier in the pandemic, returned to work for a time, lost work again and have filed a new claim within the past six months," The City notes.

The office of New York Gov. Kathy Hochul did not respond to The City over extending these benefits in the state.

Hochul signed an eviction moratorium extension on Thursday arguing it will "alleviate the crisis facing vulnerable New Yorkers who are suffering through no fault of their own."