Face masks policies have been implemented in all enclosed spaces including restaurants, stores, and airplanes, which is why one passenger was shocked when his seatmate wasn’t required to wear a mask, according to a new report.

After 55 days of self-quarantining in California, Tony Scott got on board an American Airlines flight to Texas to quarantine with his son, he told The New York Post.

“I haven’t seen him for like, six months, and I’m a consultant — I can work from anywhere,” the 53-year-old explained

Since Scott is asthmatic and has a history of lung issues, he was comforted by American’s mask-wearing policy for passengers to protect them from the spread of the coronavirus pandemic.

However, when Scott boarded the plane in May, he claims he found his seatmate without a mask on. At first, he thought it wasn’t a big deal because the young woman in her late teens was eating a snack.

According to the airline policy, which Scott read ahead of time, passengers who are eating or drinking are not required to wear a mask.

Children and people with medical conditions are also exempt from the policy.

Once the girl finished eating, she remained unmasked, so Scott, who brought extra masks with him for the flight, offered to give her one.

So disappointed @AmericanAir and having anxiety over how my health was put at risk. The person next to me refused to wear a mask in accordance with your policy. I intentionally flew FIRST CLASS for space on a 787-8. The stewardess said masks were optional. App says otherwise. 😳

“I saw that she still hadn’t put on her mask, so I leaned over and said, ‘Do you need a mask? I have extra,’” he told the publication. The young woman explained she had a mask but refused to put it on and began watching a movie.

Scott retorted to the flight attendant: “She’s not a child, she’s a teen, and I would really prefer that she wear a mask,’” he revealed.

Scott says that the airline attendant went on to ask the girl if she wanted to wear a mask, and the girl answered that she did not. 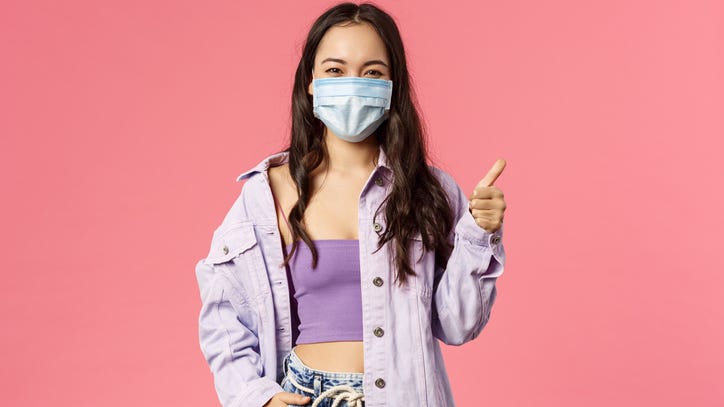 Can You Spot a Smile Behind a Face Mask? Expert Weighs In

“Technically, they didn’t even ask her to put the mask on. They just said, ‘Do you want to wear a mask?’ That’s a different question,” Scott said.

According to Scott, after he explained that he’s in the “high risk” category for the pandemic, he was told he could not be moved to a different seat because the cabin was full.

Scott tried to self-quarantine in Dallas but found it difficult since he shared the home with his son, who soon began coming down with a fever. It’s unclear if he was infected by the virus as he was unable to secure a test at two local clinics. He has recovered since. 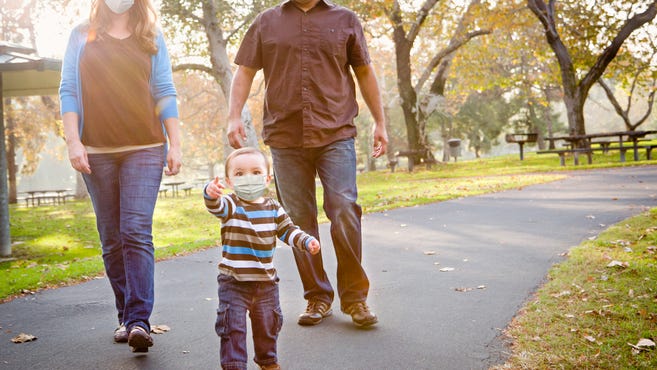 Scott, an elite airline member, attempted to reach out to American about his experience and about their decision to not honor the mask policy, but was only offered 10,000 Advantage Miles for his troubles, which he declined.

American Airlines issued the following statement to The Post via email

"The safety and well-being of our customers and team members is our highest priority. American, like other US airlines, requires customers to wear a face covering while on board, and this requirement is enforced at the gate while boarding. We also remind customers with announcements both during boarding and at departure. Some passengers are exempt, such as young children and those with a medical reason why they cannot wear a mask. The policy also does not apply while eating or drinking."

Scott says he wants the airline to bear responsibility.

“My fear is they’re not going to address the issue, and they still have the same videos and messages everywhere, and to me that is absolutely misleading and egregious: They’re not honoring what they say they’re going to do. As it stands today, they do not force people to wear a mask if they decline. Note, the policy is not disclosed to the public,” he said.

United says it’s adding some teeth to it’s mask requirement: starting June 18, “any passenger that does not comply when onboard a United flight will be placed on an internal travel restriction list.” pic.twitter.com/xAfs9b6prq

United Airlines announced that starting June 18, “any passenger that does not comply when onboard a United flight will be placed on an internal travel restriction list.”