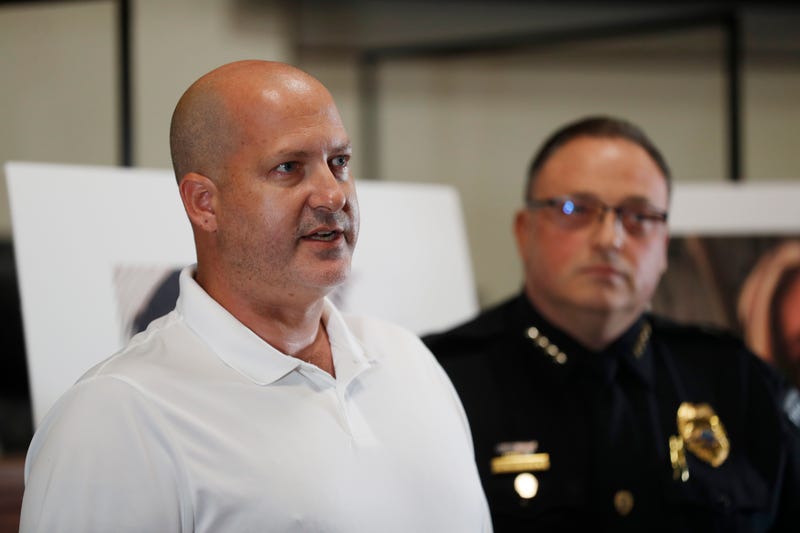 Joe Petito (L) pleas for help during a news conference to help finding his missing daughter Gabby Petito while City of North Port Chief of Police Todd Garrison stands with him at the podium on September 16, 2021 in North Port, Florida. Gabby Petito went missing while on a cross country trip with her boyfriend Brian Laundrie and has not been seen or heard from since late August. Police said no criminality is suspected at this time but her fiance, Brian Laundrie, has refused to speak with law enforcement. Laundrie has be identified as a person of interest but investigators are solely focused on finding Petito. Photo credit Octavio Jones/Getty Images
By Brian Brant, 1010 WINS

NORTH PORT, Fla. (1010 WINS) — The father of a missing Long Island woman who has not been seen since she ventured with her fiancé on a cross-country road trip, reportedly was involved in a "public service" incident at their home — a day before she was reported missing.

Fox News reports redacted police documents show Florida authorities responded to the North Port home of Gabby Petito, her fiancé Brian Laundrie and his parents at 6:30 p.m. on Sept. 10 — with an alleged link to her father Joseph Petito. Police then reportedly returned twice on Sept. 11 to follow up.

Only the timeline and addresses are known, not the substance of the alleged interaction, Fox reports.

Laundrie had returned back to their home on Sept. 1 without Petito and a day after the police first respond to the couple's shared home, her family reported her missing.

Joseph Petito told Fox News’ "The Story with Martha MacCallum" on Friday that the family did not realize he was home and without Gabby until the day they reported her missing on Sept. 11.

"It wasn’t unlike them to go for a few stretches without checking in, but I still can’t believe he’s home and won’t tell us where our daughter is," he said.

Laundrie has failed to help investigators or the family since then. 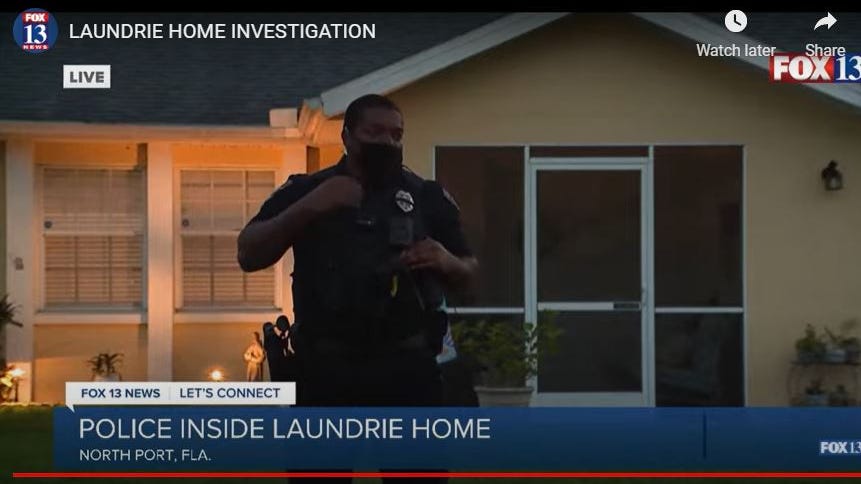