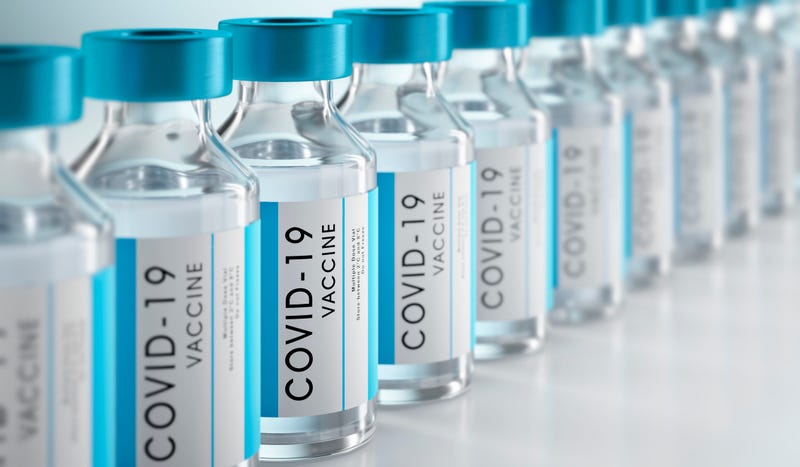 As the COVID-19 virus keeps changing, so it seems that the vaccine is going to as well. Pfizer is launching a clinical trial of a new COVID-19 vaccine that would specifically target the omicron variant.

It seems likely that the vaccine manufacturer will have a version of this new vaccine available sometime in March.

With this new version, it opens a door to tailor the vaccine to other new variants that may emerge in the months going forward, according to Dr. Nevan Krogan, director of the Quantitative Biosciences Institute at UCSF on KCBS Radio's "Ask an Expert" with Holly Quan and Matt Bigler on Tuesday.

"For me, the question is, once this is available to the great masses, is it going to be required or is there going to be something else that we need to deal with," said Krogan.

It's also still up for debate how specific these vaccines really need to be in order to be effective, he said, particularly as the original vaccine and booster shot provide good immunity against the majority of variants.

A more generalized vaccine that could provide protection from all kinds of variants would be more "advantageous," he said. "To be able to do that, we just need to study this virus in more detail."

Podcast Episode
KCBS Radio: On-Demand
Why do some people lose their sense of smell and taste after experiencing Covid-19 and others don't?
Listen Now
Now Playing
Now Playing

It's likely the future versions of the vaccine will mirror the annual flu shot, where scientists study the various strains and detect which one will be most prominent that season, and tailor the shot that way, said Krogan.

"In order to make these predictions more accurately, we really need to understand, in a much deeper way, how this virus is causing such havoc in our cells," he said. "There's so much more work we need to do."

It's also important to keep studying previous variants, because future variants are likely to contain some of the characteristics of those old mutations.

And as omicron cases are reaching their peak, particularly in the Bay Area, but Krogan isn’t quite ready to celebrate.

"Knock on wood," he said. "You never know what this virus is going to do."