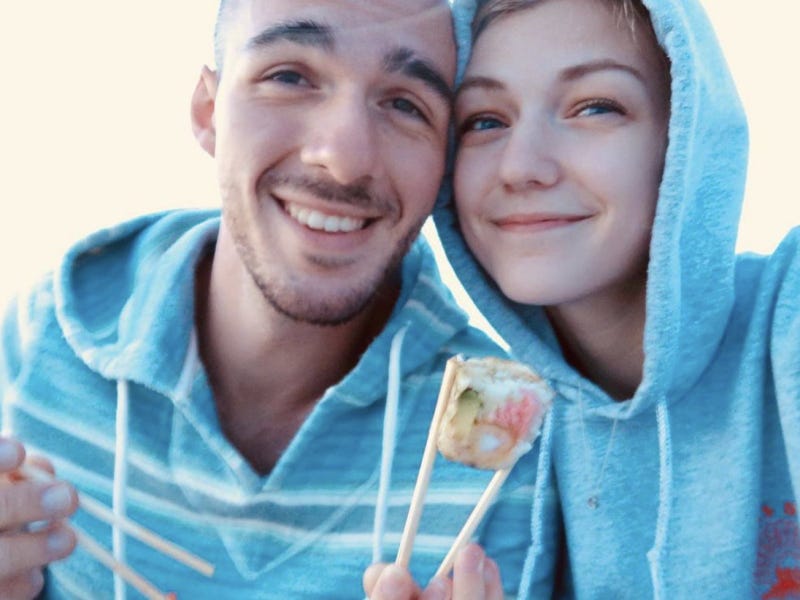 NORTH PORT, FLA. (1010 WINS) — Florida police have spoken with a TikToker claiming to have given a hitchhiking Brian Laundrie a ride days before his fiancée Gabby Petito was reported missing, a department spokesman said Saturday.

Petito, 22, of Blue Point, Long Island, has been missing for about a month after she was last known to be traveling with 23-year-old Laundrie on a cross-country van trip to Oregon. Petito’s mother, Nichole Schmidt, officially reported her daughter missing on Sept. 11 after not hearing from her for days.

In the midst of a federal investigation into Petito’s whereabouts, police named Laundrie a “person of interest” in the case before he too went missing.

As police and federal authorities search for the couple, TikTok user Miranda Baker posted videos to the platform Friday saying she and her boyfriend had picked up Laundrie back on the evening of Aug. 29 — when they saw him hitchhiking along on the side of the road in Wyoming’s Grand Teton National Park, where Gabby was last confirmed to be alive.

“He hopped in the back of my Jeep. We then proceeded to make small talk,” Baker said.

The TikToker said she talked to police about the encounter to help them piece together the timeline of events. Josh Taylor, a spokesman for the North Port Police department, confirmed Saturday that police had spoken with Baker.

"We have spoken with her and are potentially utilizing her info into our timeline," Taylor said in a statement to 1010 WINS. 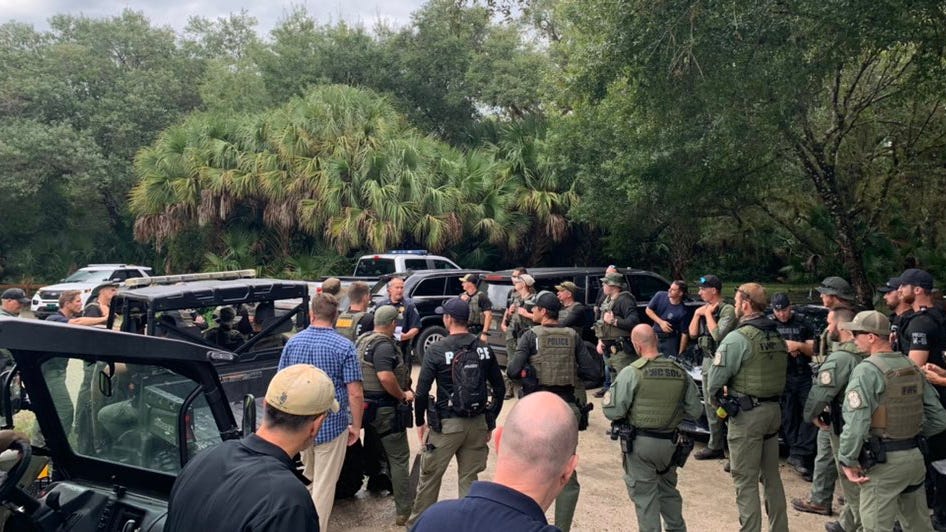 Baker went on to note that Laundrie offered them $200 for about a roughly 10-mile ride.

“So that was kind of weird,” Baker said.

Baker said Laundrie told them about his fiancée and that he had been camping “multiple days” without Petito, who he said was working on their social media pages back at their white Ford Transit van.

The hitchhiking trip ended when Baker mentioned that she was headed to Jackson, Wyoming, at which point Laundrie “freaked out” and asked to leave the car at once, according to Baker.

"He kind of hurried out of the car, and then was like ‘I’m going to find someone else to hitchhike,’ and we’re like, okay," Baker said. "It was a weird situation."

Following Petito’s disappearance, Laundrie returned to his parents’ home in Florida, where he declined to speak with authorities.

North Port police announced Friday they consider Laundrie to also be missing — and that cops and FBI officials said they were currently searching for them both. Authorities said Laundrie’s parents had told them they believed he went to Carlton Reserve in Florida.

Police said they were searching the 24,500-acre reserve Saturday morning.

The North Port Police Department, FBI, and agency partners are currently conducting a search of the vast Carlton Reserve for Brian Laundrie. His family says they believe he entered the area earlier this week. More details when available. pic.twitter.com/I5x7DvQ3Jt