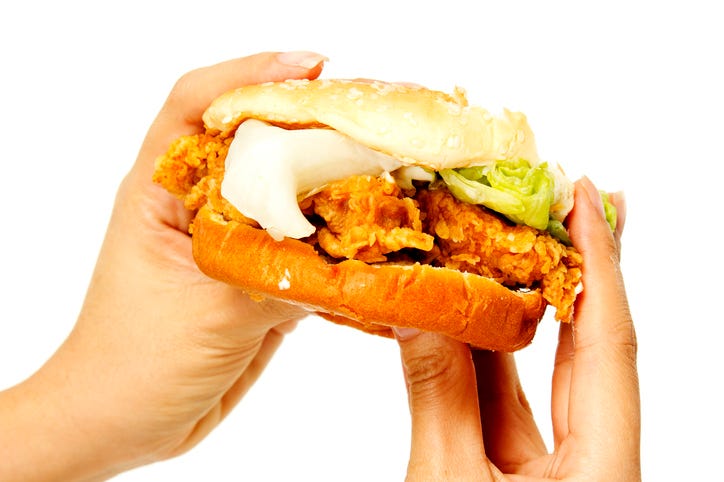 If you thought the Popeyes chicken sandwich created a stir, imagine what a Halloween costume inspired by the fiasco could do! You can now dress as the sold out, Popeyes spicy chicken sandwich – but make it sexy.

There isn’t a Popeyes logo to be seen, but the costume makes it pretty clear what the reference is – none other than the meme-worthy, nationwide shortage of the coveted spicy chicken sandwich.

The sandwich fiasco went viral when Popeyes customers across the country began tweeting photos of “Sold Out” signs in Popeyes nationwide. The shortage of the sandwich led to a spicy chicken outcry, many desperate to get their hands on the delicacy.

There's a clear winner. But get it before it's gone. #chickensandwichwar #Spicy #sexyfood #halloween The Sold Out Chicken Sandwich is back! https://t.co/ereoOP77Gj pic.twitter.com/ErF6BxnJ9E

The unveiling of the leotard on Twitter added yet another meme to the mix by depicting the woman in the sandwich costume giving the cold shoulder to a woman in a cow costume – undoubtedly a nod towards the Chick-fil-A and Popeyes rivalry.

The sandwich costume is selling for $79.95 from Yandy, and since you probably won’t have another opportunity to dress like a chicken sandwich meme, you might want to save a little extra for your Halloween festivities this year.