Trump arrived at the Palm Beach County Main Library shortly before 10 a.m. "There were supporters on the stretch of road just outside of Mar-a-Lago and right around the library waving and cheering, several Trump 2020 signs," according to a pool report. 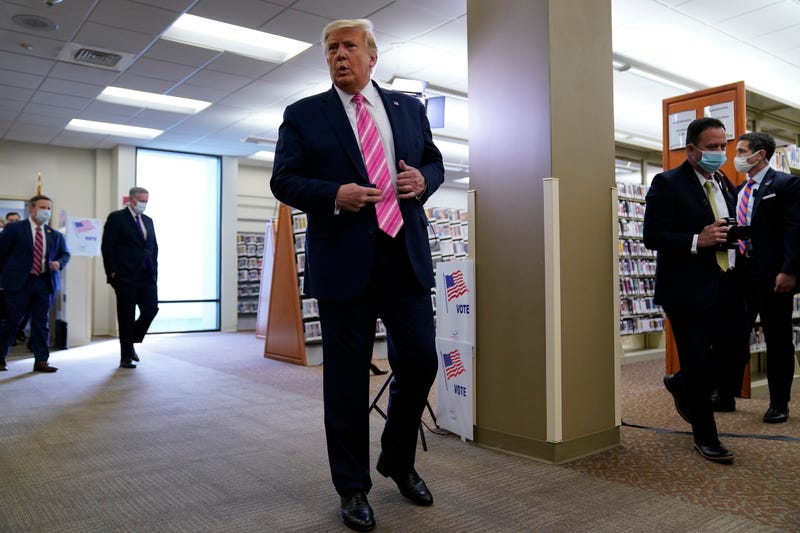 After Trump voted and left the polling room, he said, "It was a very secure vote, much more secure than when you send in a ballot. Everything was perfect. Right by the rules. It's an honor to be voting ... I voted for a guy named 'Trump."

JUST IN: Pres. Donald Trump casts his vote in the 2020 presidential election: "I voted for a guy named Trump." https://t.co/5cY49wzv5Z pic.twitter.com/F9syZWTfz0

Trump arrived in Florida Friday night, spending the night at his Mar-a-Lago resort. Last year he changed his official residence from New York to Florida after complaining that New York politicians treat him poorly.