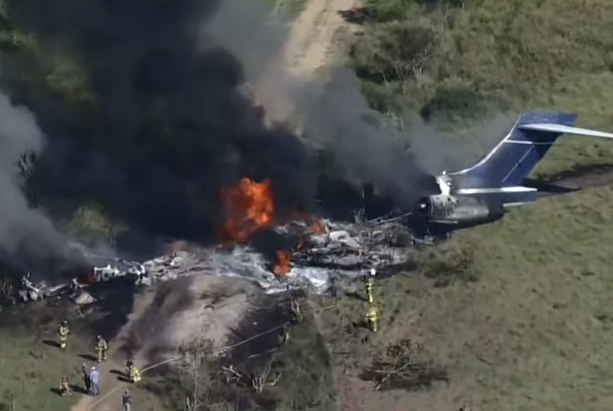 A private plane crashed and caught fire as it was trying to take off from Houston Executive Airport today.

Officials at the scene say there were 21 people on the MD-80 when it went up in flames. But Texas DPS officials say there are no serious injuries.

There were 21 people on the plane when it crashed here in Waller County. No reports of serious injuries. @khouron is LIVE now with updates. @DavidGonzKHOU is on the way to the scene. https://t.co/wxuNi3nWRV pic.twitter.com/v4KgQpABGs

Waller County Judge Trey Duhan says apparantly the plane didn't get altitude at the end of the runway and went across the road, coming to rest north of Houston Executive Airport when it caught fire.

Two people transported to the hospital. A DPS spokesperson says one passenger is complaining of back pain.

Reports say the private plane was headed to Boston for the Houston Astros vs Boston Red Sox ALCS game.