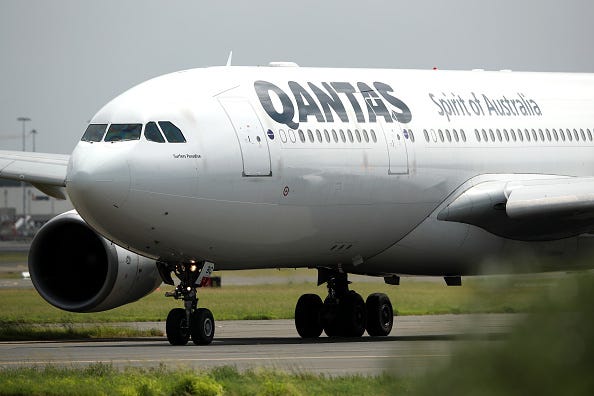 Qantas wants you to fly the friendly skies for as long as humanly possible.

The Australian airline has completed the longest non-stop commercial flight in history, which clocked in at nearly 20 hours, according to CNN.

Today, our first ultra long haul #QantasResearchFlight has set off from #NewYork direct to #Sydney flying 50 people more than 16,200 km on a #QantasDreamliner. Read all the fast facts here: https://t.co/VX1OnukeN5

While this was just a test flight to study the effects of the long haul on passengers’ bodies and behaviors, the airline hopes to have the route up and running by 2022.

In addition, the airline will further expand their research by looking into a London to Sydney route that would be slightly longer and break the 20 hour barrier.

"We know ultra long haul flights pose some extra challenges but that's been true every time technology has allowed us to fly further,” a Qantas executive said. “The research we're doing should give us better strategies for improving comfort and wellbeing along the way."

Another kink the airline has to work out is that currently no aircraft has the ability to make the ultra-long haul with a full passenger and cargo load. For the test flight, Qantas only had 50 passengers with very little baggage and no cargo.

Part of their research will also analyze if passengers actually prefer a longer non-stop flight versus breaking up the journey with a connection to stretch and get their bearings.

Until you are able to purchase a flight on the record-breaking Qantas flights, passengers can test their endurance on Singapore Airlines. The carrier’s New York to Singapore route currently holds the record for longest flight at 18 hours and 30 minutes.