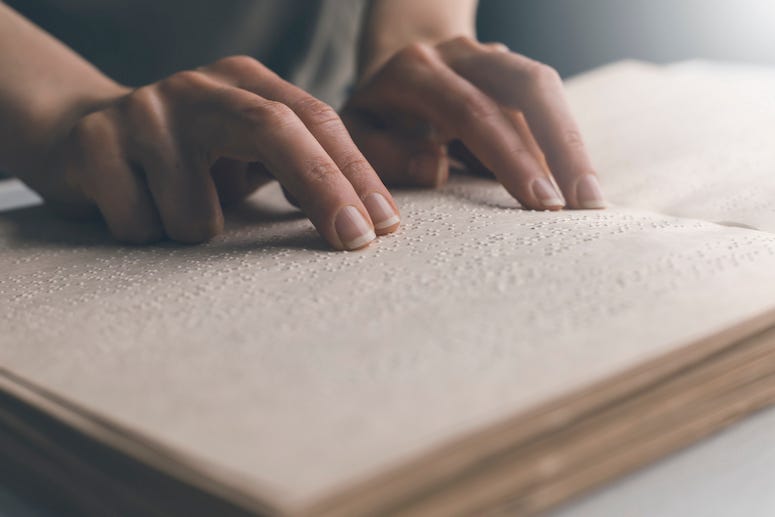 Natalie Te Paa recently visited Luciano by Gino D’Acampo restaurant in London with a friend to celebrate her birthday.

After learning that Te Paa is completely blind, the restaurant wanted to make sure she had a birthday she would never forget.

The restaurant's general manager Giovanni Galluccio said that they'll often write birthday messages in chocolate for customers, so they decided to do so in braille.

Te Paa told The Today Show: "My mind was blank for a second and then I was like, 'Is this in Braille? I found it hard to string a sentence together. My mind was just going. I've never had anything happen like that before. It was wild."

Since the restaurant had never done something like this before, the staff had to look up how to write "Happy Birthday" in braille!

"What really blew me away was that Claire went to use the restroom and (restaurant staff) pulled her aside and were like, 'Hey, we were going to write this in Braille, what do you think, would that be appreciated?' So it was their idea. She didn't even set it up, it was their idea, and it just blew me away. I've never, ever had anything like that happen. They just really did go above and beyond," she explained.

Te Paa admitted that while she'd had waitstaff sing "Happy Birthday" before, this is the first time a restaurant went out of their way to accommodate her disability.

The video has since gone viral, and she has been "blown away" by the response.