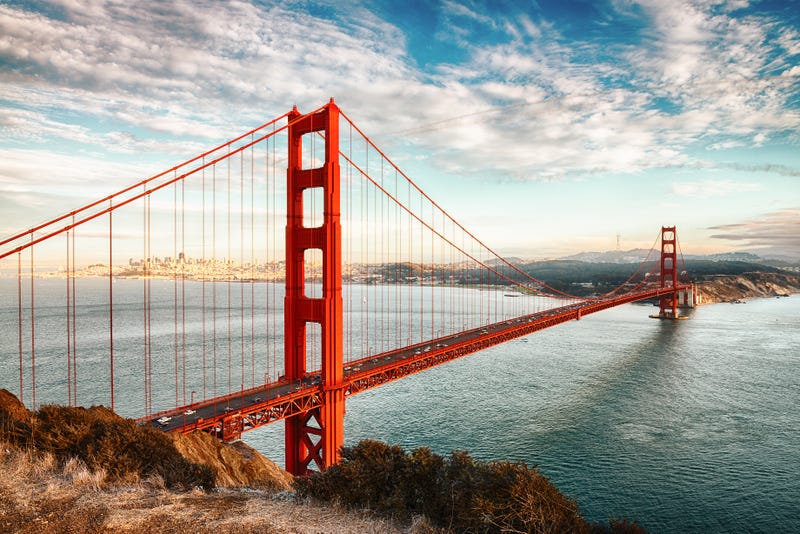 San Francisco has been ranked the top city to visit in a new survey. Photo credit Getty Images
By Lucy Fasano, KCBS Radio

LawnStarter has ranked the best cities for summer "vaxcation," comparing the 200 biggest U.S. cities based on 30 indicators of fun, safety, accommodation pricing and excursions.

San Francisco topped the leader board.

The city's "vibrant nightlife" and attractions were a major reason.

"So feel free to ditch the mask — except to get there and get around on public transit — but pack a sweatshirt or windbreaker. As Mark Twain may...have once said, 'The coldest winter I ever spent was a summer in San Francisco,'" the survey said.

San Francisco trails right behind Seattle for the highest vaccination rate of any big city in the U.S. making it a safer destination to visit, it added.

Honolulu is another city ranked in the top 10. Taking the sixth spot, Hawaii’s capital reigns for being outside and for having fun. Due to below-average hotel ratings and relatively high Airbnb prices, the Pacific paradise didn't rank in the top overall spot.

Las Vegas ranks ninth, with its sunny skies and adventurous excursions on the strip. Nevada reopened at 100% capacity on June 1.