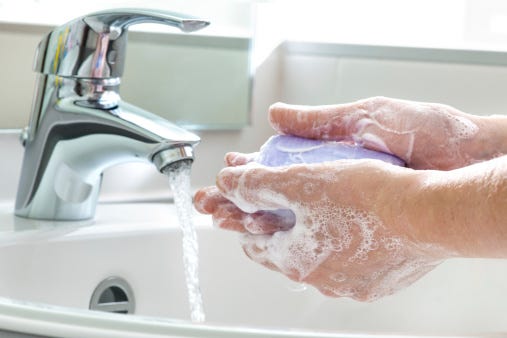 A school has used moldy bread to show its students how important it is to wash your hands.

The month-long classroom experiment was carried out by two teachers at Discovery Elementary School in Idaho Falls, Idaho just as the height of flu season was set to begin, reported “Today.”

Gross! School experiment shows students why they need to wash their hands https://t.co/Cp7VYDgL0A

Jaralee Metcalf and Dayna Robertson took five pieces of white bread from the same loaf and had the 17 students in their special education class handled each bread in a specific manner.

One was touched with dirty hands, one with hands washed with soap and water, one with hands that only used hand sanitizer, one slice was used to wipe down their Chromebooks, and the last was kept completely untouched by bare hands.

Each piece of bread was placed in its own tightly sealed plastic bag, labeled and then left alone for four weeks.

At the end of the month, the results proved to be downright disgusting.

The one used on the Chromebooks was almost completely black, while the piece touched by dirty hands was moldy and disintegrating. Even the one touched by hand sanitizer showed serious signs of decay.

The teachers’ posted the nasty results on Facebook, where its since gone viral with over 63,000 shares.

We did a science project in class this last month as flu season was starting. We took fresh bread and touched it. We did...

Since the experiment, the teachers say they’ve seen a vast improvement on their students’ behavior and no longer need to nag them to wash their hands.

"They have really turned their hand-washing around,” Robertson said. “They realized that sanitizer doesn't cut it, and they've got to do soap and water."