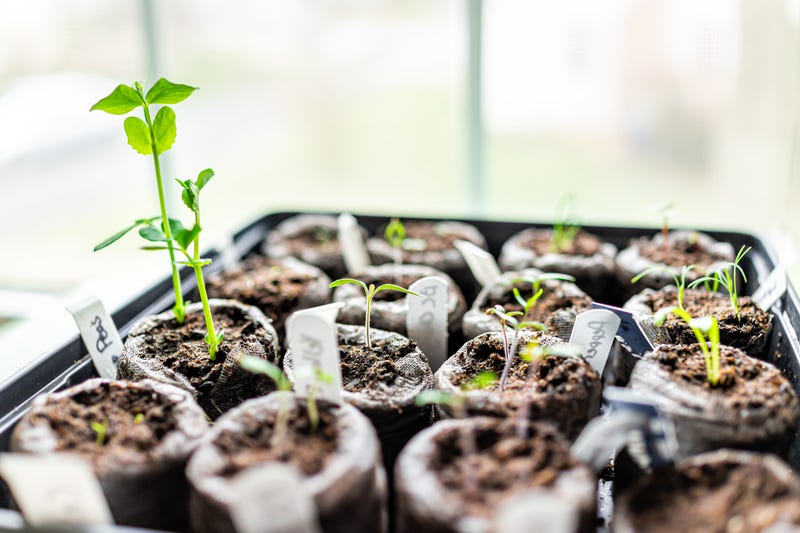 PHILADELPHIA (KYW Newsradio) — With temperatures rising and snow receding, home gardeners are itching to get some seeds in the ground.

Sally McCabe, associate director of community education at the Pennsylvania Horticultural Society, said there are three things to keep in mind: Watch the calendar, watch the weather and do some math.

Frost-free dates for this region are between April 20 and May 1, so plan accordingly.

“If I want to start the tomatoes and peppers and things, I can’t get them out until after April 20,” she said. “So I take April 20, count back six weeks, and that puts me in the middle of March. That’s when I should be starting my tomatoes.”

If you plant the tomatoes, for instance, too early, then they’ll be too big to handle. “Unless we have professional setups, none of us have enough light in our houses to get the tomatoes if we start them right now.”

However, you can start cold-weather crops now, like cauliflower, broccoli, collards, kale, Brussels sprouts and root vegetables. Despite the weather, McCabe has already started harvesting some crops.

“Right now out in my yard, I am harvesting mustard. I have a little bit of spinach and some lettuce, and although the heavy snow squished them a little bit, once the sun hits them they stand back up,” she said.

As soon as the snow melts, you can plant those cold-weather crops right in the ground.

As for those inside starters, it’s important to use a sterile seed-starting mix, McCabe advised, “because most of the fertilizer they put into potting soil is a salt, and any kind of salt will pull moisture away from tender baby plants.”

Use clean containers for your seed-starts to give them every advantage. McCabe recycles plastic takeout containers — or the ones that package a rotisserie chicken — and uses them to start her seeds.

Lighting is also very important for seeds. She said lighting from a south-facing window may not be enough, and the optimum amount of light would be 12 to 16 hours a day.

And if you’re finally getting around to that old packet of seeds that’s been collecting dust, first check to see if the seeds are still viable. According to McCabe, you can roll about 10 seeds in some wet paper towels, put them somewhere warm and see how many germinate. If five out of 10 germinate, plant twice as many. McCabe says 50% germination is still a good ratio.