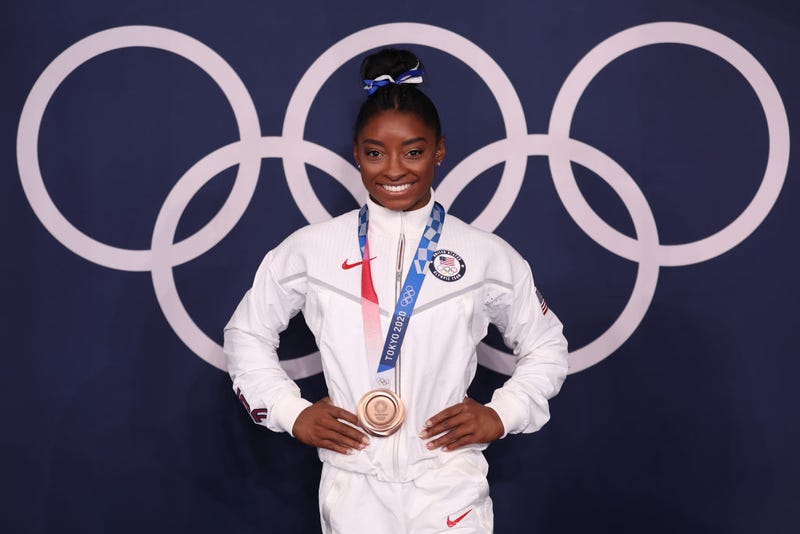 Simon Biles had a dangerous encounter with a German Shepherd.

The Olympian took to her social media on Friday to reveal that she was bitten by the dog.

She suffered a finger wound in the attack, TMZ notes.

"Here's an update on my finger that the dog bit me," the 24-year-old gymnast explained in a clip posted on Instagram Story.

Simone Biles suffered a gnarly finger wound after she says she was bitten by a German Shepherd. https://t.co/pc7fvTrKS2

Biles explained that she has "grown up" her whole life with German Shepherds and "never got bit."

"This dog @ the farm just said NOT TODAY," she noted.

In the video, she reveals several deep flesh wound on her pointer finger.

Details surrounding the attack are unknown, but the gymnast appears to be in good spirits.

Biles informed her fans that she went to the doctor to get the bite checked out and got a tetanus shot as a precaution.

After arriving home from Tokyo, where she took home two medals, the athlete has been soaking up the last moments of summer.

She was greeted at the airport by her biggest supporters, including her beloved French bulldog, before riding in a celebratory parade where she hung out of a sunroof and waved to fans.

Biles then hit the pool and showed off her medal-worthy abs in a tie-dye bikini, along with her new braided hairstyle.