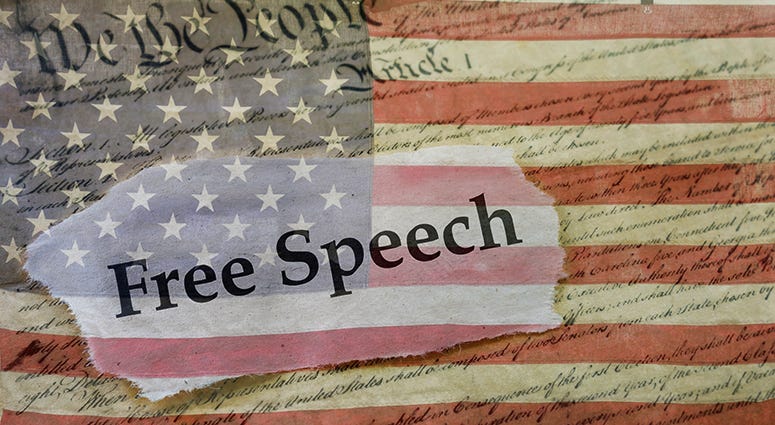 Small business owners and their employees may look at freedom of speech from conflicting angles. The First Amendment to the Constitution protects individuals from government actions that could infringe upon their right to speak their minds. It does not necessarily provide the same protections to employees or owners of a private business. Put simply, the First Amendment is complicated and as such is all too often misunderstood.

Freedom of speech is not freedom from consequences
Employees have the right to speak their minds, but freedom of speech does not mean they are fully protected from consequences, especially if done on a company’s website or through its email network. It is inappropriate to use these platforms to criticize a company, its policies, its management or its employees. Every company has a chain of command through which opinions can be passed or addressed, and in most cases, this means doing so privately to the HR department or immediate supervisor. Employees who post criticisms of their company in public forums should also understand that, while they do by law have the right to do so, that same law does not protect them from whatever consequences they may suffer at work.

Employees have the right to discuss working conditions
The right of free speech covers many whistleblowers who reveal discriminatory, unsafe and other illegal actions of their employers. The National Labor Relations Act also protects employees in the private sector who share work-related experiences and situations, including sharing information on salary, benefits and other compensation. Employers, however, can set limits on what employees may reveal about a business, such as trade secrets and other confidential information, and on any speech or action that interferes with the conduct of business, including speech that intimidates, harasses or discriminates against others.

Business owners can say what they want, even if it may lose business
A number of business owners have spoken out on controversial issues in recent years. These range from bakers who will not make a wedding cake for two grooms to CEOs who discourage the hiring of people of a particular ethnic group or political association. Businesses often face the consequences of such actions or policies in the form of bad press, boycotts, loss of sponsors, advertisers or clients, or in cases where they may have infringed upon the rights of others, even legal action.

Consumers, businesses, and the right to “Yelp”
Many businesses have complained or even taken legal steps in reaction to negative reviews posted on Yelp and other websites. In almost every case, the courts have ruled in favor of the consumer. Businesses which have made customers sign contracts that are designed to prevent clients from making negative comments in print or online, in almost every case, have seen those contracts voided by the court, as they have been deemed actions taken to stifle the rights of others.

Unless a business can prove that a consumer or website has malicious intent or has made false statements, there is little that can be done to force a retraction, let alone seek compensation for lost business. Liable and slander laws offer some protection, but except in extreme cases, a business’s first and best line of defense is to launch a positive public relations campaign. Actions should be taken to encourage satisfied clients and customers express their satisfaction where negative reviews have been published.