Lawmakers and White House officials have been in ongoing talks trying to work out another coronavirus relief package.

On Tuesday, Treasury Secretary Steven Mnunchin and House Speaker Nancy Pelosi participated in a meeting to discuss the potential of a second stimulus check, reported CNBC.

While the 2020 election is just 12 days away, analysts are concerned that a deal won’t be made before the election.

Currently, the gap between each side's offer is the smallest it’s been since the start of negotiations. Pelosi is holding the line at Democrats’ $2.2 trillion proposal, while the Trump administration has raised its offer to $1.9 trillion

Garrett Watson, a senior policy analyst at the Tax Foundation, said not reaching a deal before November 3 could postpone a decision until early next year.

“There is broad agreement about the potential for stand-alone payments,” Watson said. “Both parties are in favor of direct payments modeled closely after the first checks that were issued under the CARES Act that passed in March.”

Pelosi and Mnunchin are scheduled to continue stimulus talks on Thursday, reported Forbes. 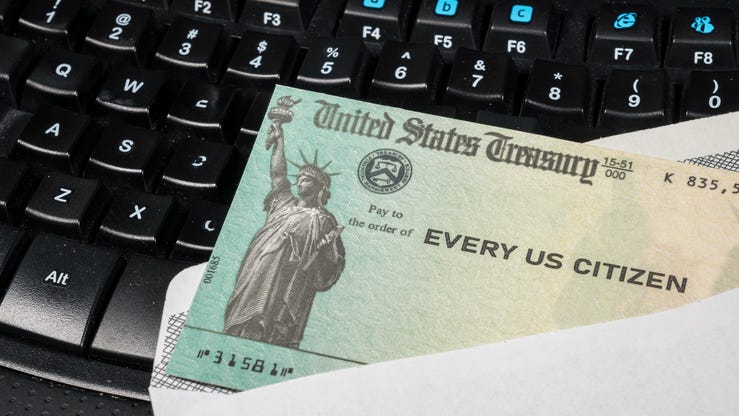 Second stimulus check: 7 things to know now about the status

What You Need to Know About a Possible Second Stimulus Check

Stimulus checks are not taxed: The Internal Revenue Service doesn’t see Economic Impact Payments as income, so you will not owe any money from any stimulus check you receive on your 2020 tax return. The aid also won’t reduce the amount of any refund you are owed.

Who gets a check first?: In the process of giving out the first stimulus checks, those that received it via direct deposit got their payment the fastest. Getting the Economic Impact Payments via a physical check in the mail or a prepaid EIP card took longer. Should a second round of checks be approved, the IRS is expected to reopen their online portal to sign up for direct deposit.

How much will you receive?: It all depends if lawmakers keep the same eligibility requirements. For the first stimulus check, individuals had to make less than $75,000 per year ($150,000 for a married couple filing jointly) to receive the full $1,200 payment.