Hoarding Charmin can say a lot about a person.

The toilet paper shortage which began in mid-March might still puzzle you.

If you remember, as coronavirus began spreading, Americans flocked to grocery stores and cleared out shelves of toilet paper as they prepared for the worst.

Researchers decided to conduct a study to understand who engaged in panic buying. They found that those who did shared similar personality traits.

Research published in the journal Plos One surveyed 1,029 adults from 35 countries across the US and Europe.

Three researchers asked participants to fill out a psychological questionnaire and answer questions about their toilet paper spending habits during the last week of March. Responses were collected on a personality assessment called the HEXACO Inventory.

What they found is that those who panic buy and hoard toilet paper scored high in personality assessment for traits of "conscientiousness.” This includes people who are “organized, diligent, perfectionistic, or prudent,” Today reports.

The study also found that panic buyers were also the ones who were especially threatened by COVID-19. They scored high in emotionality meaning they are more “ fearful, anxious, dependent and sentimental.” 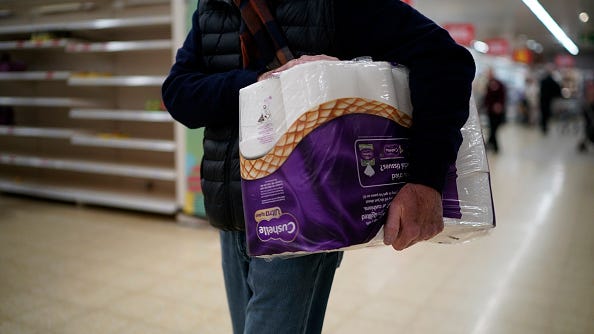 “People who felt threatened by COVID were more likely to hoard and people who tend to be more conscientious, that is those who are future-oriented and orderly, also tend to stockpile,” said Neda Gould, a clinical psychologist and an assistant professor of psychiatry and behavioral sciences at the Johns Hopkins University School of Medicine. “It’s likely that anxious individuals were hoarding because it gave them a sense of control when so much was out of control.”

Gould said those who stockpiled toilet paper may also be the ones that are more likely to wear a mask and practice proper social distancing.

While stockpiling may not be considered rational or considerate of others, she explained the anxiety as “your brain” being “hijacked by that fear, so you don’t think about societal impact.”

"That was the most important finding in the study," Lisa Garbe, a doctoral student in the department of political science at the University of St. Gallen in Switzerland said. "Once you feel threatened by something, you start behaving irrationally. That is very human.” 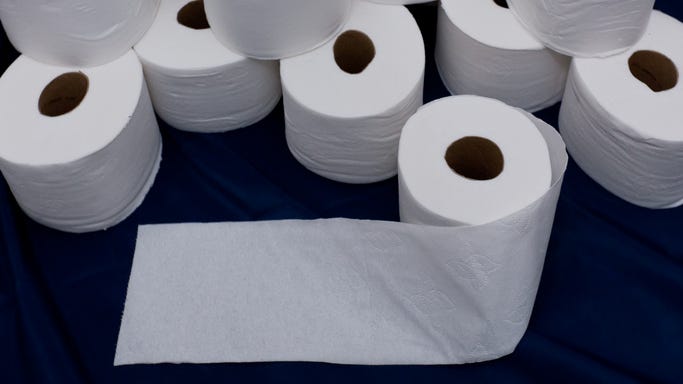 In March, experts said that the desire to stock up on things like toilet paper comes from a “scarcity mentality” brought upon by a threat, which snowballs into a real scarcity.

In buying more toilet paper than usual because of a perceived run on it, consumers have created an actual run on a product that, while necessary, is not directly related to the coronavirus and will not decrease their likelihood of getting sick, said Steven Taylor, a professor and clinical psychologist who wrote “The Psychology of Pandemics."