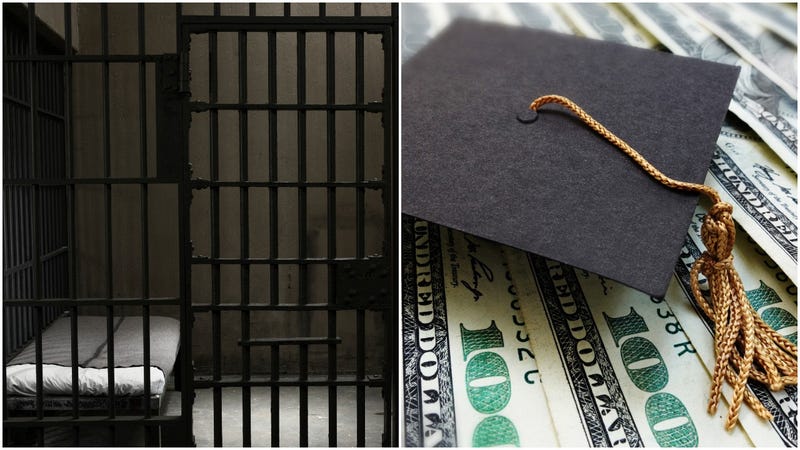 Would you rather stay in jail for a week or pay off your student loan debts?

CBS Local reported that a study said that four in five graduates with student loans think of the debt as a life sentence.

WKRG News, an affiliate of CBS, reported a study that 1,000 undergraduate and postgraduate degree holders revealed 89% of graduates say “their student loan debt has become a financial burden.”

Conducted by OnePoll, on behalf of Splash Financial, the survey found that people make major sacrifices to pay off their student loans. Thirty nine percent skip a social event to pay the money, have a second job or don’t really go to events that consist of traveling.

Fifty percent of people would go out of their way to even shave their head. While 49% would walk to work and 40% would relive high school over again. People who would spend a week in jail are 39% of the survey.

What would you do?