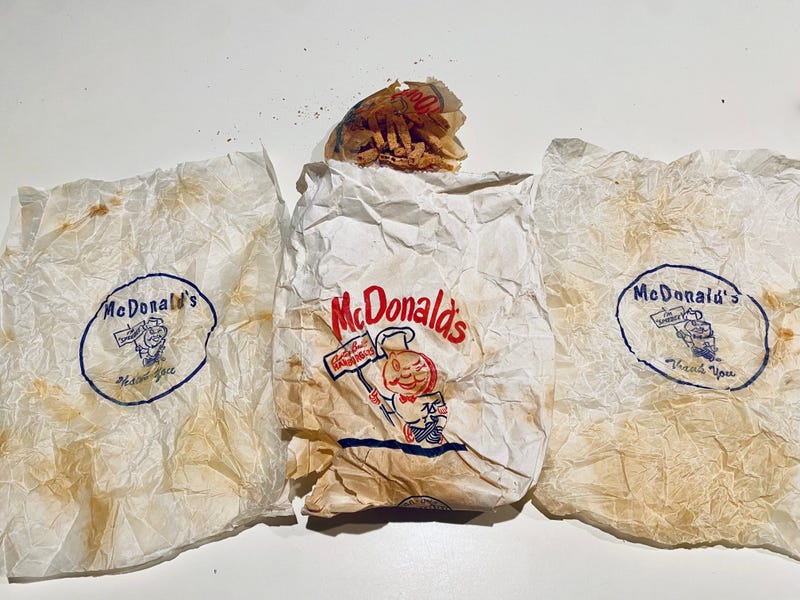 (WBBM NEWSRADIO) — A Crystal Lake, Illinois couple who are doing some remodeling work found a sort of time capsule in their 1959 house.

There, in the bathroom wall behind the toilet paper dispenser, Grace Jones said she and her husband Rob found a cloth that was wrapped around something.

“And so immediately both our minds go straight to crime scene. We’ve seen too many true crime videos,” she told WBBM Newsradio.

But it turned out to be a couple of McDonald’s hamburger wrappers and some McDonald’s french fries.

These are pre-Ronald McDonald artifacts. The packaging, featuring the mascot “Speedee,” puts the material at about 60 years old.

“Our speculation was that it was a builder or someone who was working on the house, and they had to either quick-stash it because they weren’t supposed to be on their lunch break, or they were just playing a funny joke, like, ‘I’m gonna put this in and see how long it takes someone to find it,’” Grace Jones said. 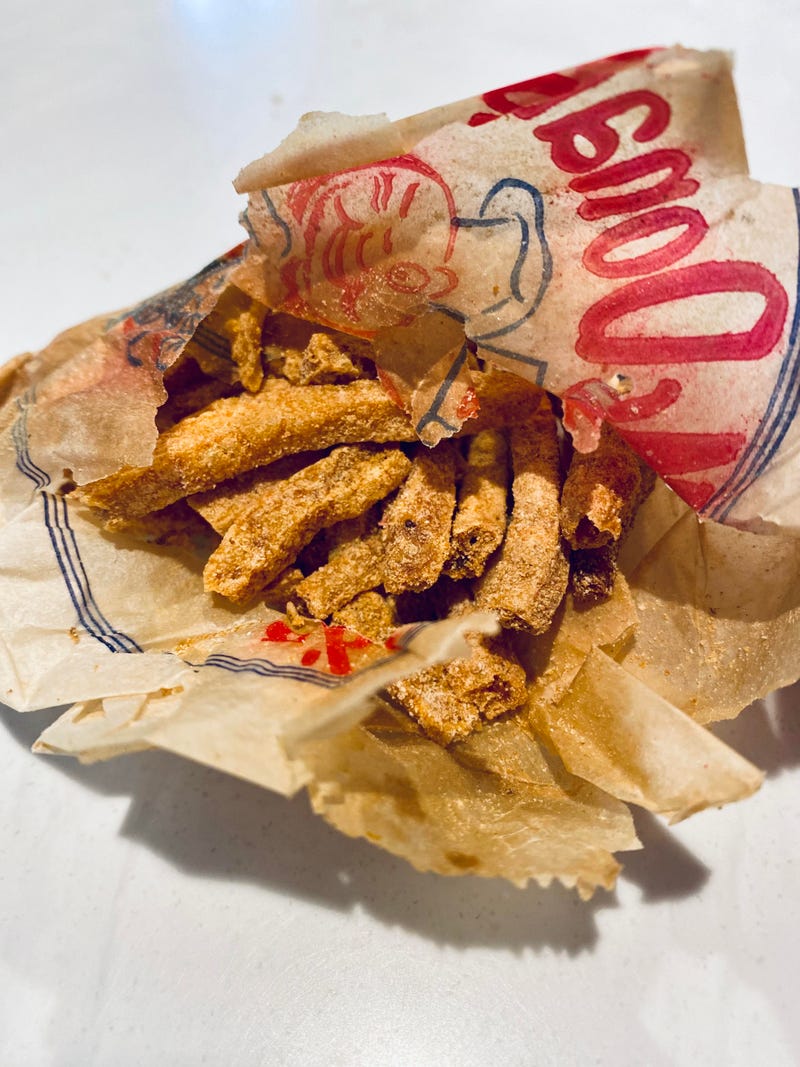 This is what 60-year-old fries look like. Photo credit Grace Jones

The french fries are “very hard” but remarkably well preserved, which Jones attributes to salt.

She has not been tempted to nibble on one.

“For the right amount of money, sure,” she said, laughing.