By John McDevitt and Seth Lemon, KYW Newsradio and Audacy

PHILADELPHIA (KYW Newsradio) — An emotional support dog is taking his first steps in a South Philadelphia home after suffering spine and leg injuries while serving families and first responders at the site of the Surfside, Florida building collapse.

The GoFundMe campaign for Teddy, the six-year-old crisis response dog, has now raised nearly $50,000 after the "Bassador" (cross between a Basset Hound and Labrador) was left unable to walk. He suffered a herniated disc in his spine, and torn ligaments in his hind legs.

"Around the clock, they had a chiropractor, acupuncture...working on him to try and get that inflammation down. They always believed that it was not going to be long-term damage, that it was just something that happened and it got inflamed.”

Someone provided a free private jet ride for Teddy.

“It’s really heartwarming that they came to his aid, and that he was able to fly home on a private jet which allowed Teddy to be comfortable," Hering said.

Teddy now has control of his back legs, and is taking a few steps here and there. 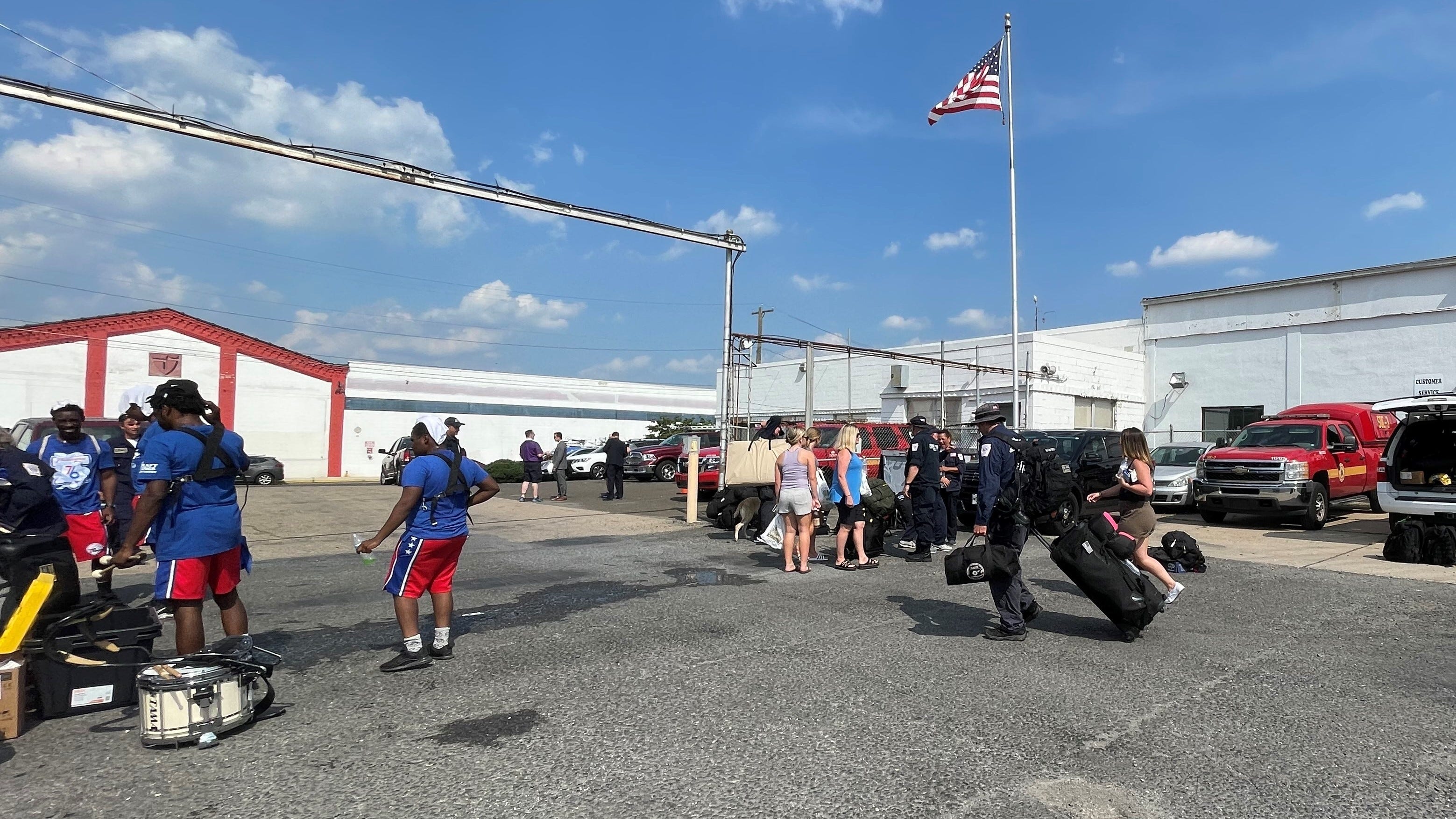 Though he still can’t walk, a crisis therapy dog from Philadelphia who helped comfort first responders and family members of the people missing or killed in the Surfside, Fla. collapse has flown home in style.

The six-year-old crisis response “Bassador” - a cross between the Basset Hound and Labrador Retriever - named Teddy comforted first responders and greeted the families of those missing or killed at the site of the collapse last month. He and a team of pups from Crisis Response Canines, a non-profit organization, were trained to be there for people in times of need. They spent three intense weeks offering emotional support to dozens of people.

Shortly after his tour of duty concluded, Teddy found himself in crisis.

A CBS4 viewer has stepped up to help Teddy, a crisis response dog who needs help himself after being brought in to comfort families and first responders during the Surfside condo collapse. @joelwaldmanNEWS has the story coming up on #CBS4 News at 7 and 11. pic.twitter.com/AH2rfox4OE

Teddy inexplicably woke up one morning, unable to move. X-rays confirmed he has a herniated disc in his spine and torn ligaments in his hind legs.

“He’s just not able to walk,” Dr. Tonya Carswell, a veterinary chiro-practitioner, told CBS 4 in Miami, pointing out how intense his job was. “The Surfside dogs had a lot of stress, heat, and additional weight on their backs.”

Sophia Barrett, Teddy’s handler, set up a GoFundMe to pay for his medical bills. By Tuesday - and in only three days - it had raised about $40,000. It’s more than enough to pay for Teddy’s care, and it won’t have to cover his travel expenses home either.

A CBS Miami viewer who owns Titan Aviation Group, a charter flight operator in Boca Raton, Fla., offered to fly Teddy and his owners home aboard one of their planes.

“I saw the pics and knew we had to help,” Titan owner Dirk Vander Sterre said, telling CBS4 he’d pay for the $10,000 one-way flight. 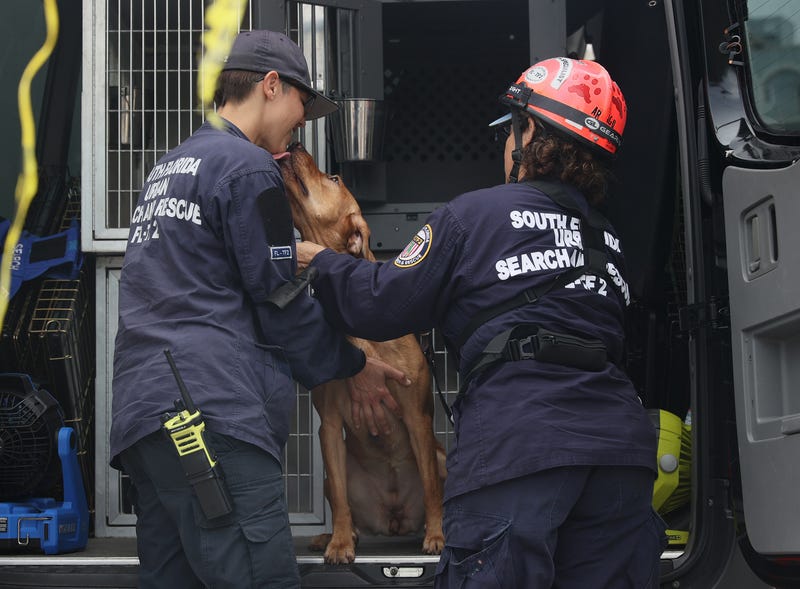 Members of the South Florida Urban Search and Rescue team are greeted by a dog. Photo credit Joe Raedle/Getty Images

Teddy’s condition has improved slightly. After enduring hours of acupuncture, laser therapy, and chiropractic sessions, the hound has been trying to stand independently. His owner said he did so successfully on the flight home to Philadelphia.

“He started to put weight on his hind legs, as he stepped out of the pool with a full-body shake,” said Teddy’s owner Jake Blouch.