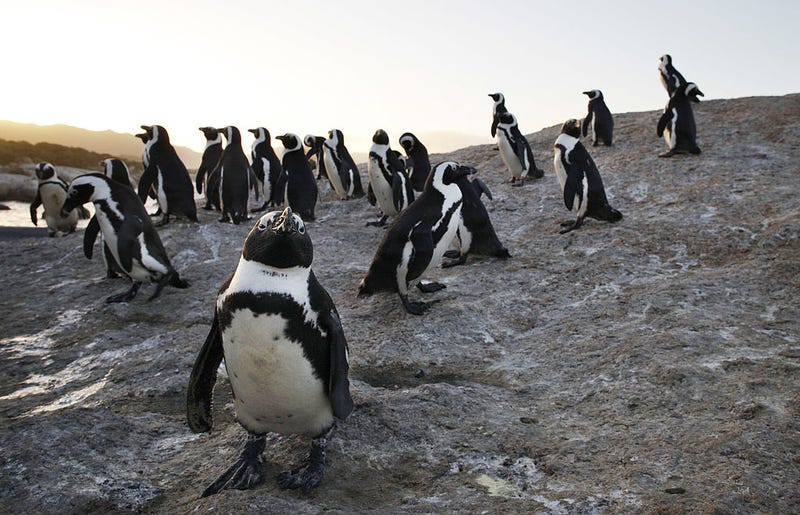 An aggressive swarm of bees killed an estimated 63 African penguins outside Cape Town in South Africa last week, according to the country’s conservationists.

Scientists found the endangered, protected birds dead in Simon’s Town in the Western Cape, the Southern African Foundation for the Conservation of Coastal Birds revealed.

“After tests, we found bee stings around the penguins’ eyes,” veterinarian David Roberts explained Sunday after post-mortem exams, calling it a “rare occurrence” and a “fluke.”

The International Union for Conservation of Nature says African penguins face an extreme risk of extinction, adding the species to its “red list.”

The land where scientists found the dead birds is part of Table Mountain National Park. Officials said there were “many dead bees” as well.

The National Park said it’s still testing samples to rule out any other potential causes of death.

“We are grateful to all our conservation partners … for assisting us in investigating this unusual event,” said marine biologist Dr. Alison Kock. “We will continue to monitor the situation.”