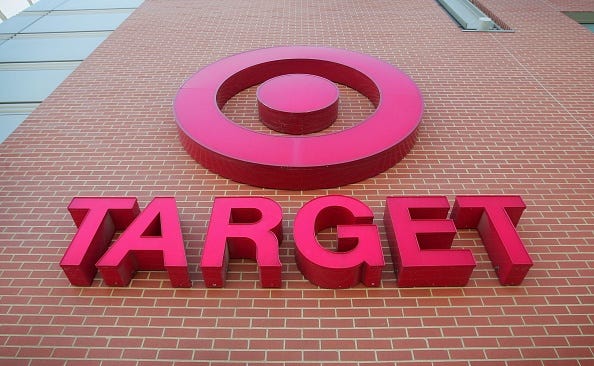 The retailer has unveiled their annual Black Friday ad, which features massive deals on electronics, toys, clothing and other items, according to USA Today.

Introducing Target HoliDeals! Here’s your guide to the season’s hottest deals, including our biggest Black Friday yet: https://t.co/Uo2P4MU8Aw pic.twitter.com/2GFQe3UeCj

In addition to the Black Friday sale, Target is also launching Holideals, which will see discounts on thousands of Target goods starting this Friday and Saturday.

“This is the busiest time of year for our guests, and with the shortened season, we want to make it as easy as possible for them to cross everything off their holiday list at Target," the company said in a statement. “Our expanded Black Friday Preview Sale is just the beginning of a season full of savings."

During the preview sale, customers will be able to get some of the highly-coveted Doorbusters items weeks before the Thanksgiving holiday.

Some of this weekend’s discounted items include a TCL 40-inch LED TV for $170, Beats Solo3 wireless headphones for $129.99, and a $200 gift card with the purchase of the newest iPhones.

As far as their actual Black Friday deals, online shoppers can access the markdowns as early Thanksgiving morning, while brick and mortar stores will open later that day at 5 p.m. They will remain open until 1am on Black Friday, before reopening at 7am. Get in line now!

For those not wanting to deal with the Black Friday mall crowds, Target is also releasing more deals for Cyber Monday and extending it for the entire week as they are rebranding it as Cyber Week (December 1st - 8th).

So get that holiday list ready, because there’s only 47 shopping days until Christmas.