Rana Zoe Mungin, a 30-year-old teacher in New York, died of COVID-19 after struggling to get treatment.

She had preexisting conditions that included asthma and hypertension, putting her at high risk for getting the deadly virus. 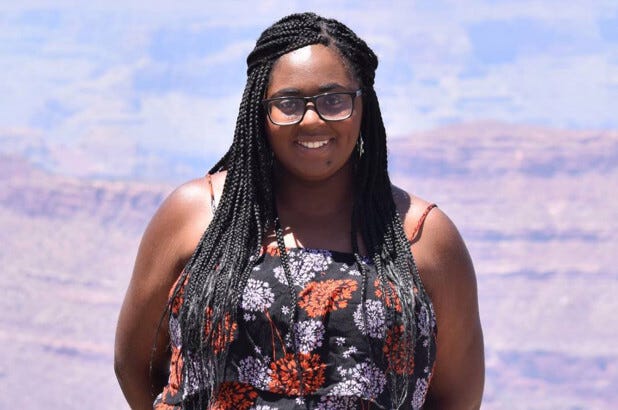 Mungin had a fever and shortness of breath, but she was allegedly turned away from emergency rooms twice, with one paramedic believing she was having a "panic attack," according to Mia, the teacher's sister.

“He insinuated she had a panic attack. She kept saying ‘I can’t breathe,” Mia told PIX11.

Mia said that Rana Zoe was admitted to Brookdale Hospital on March 20, allegedly five days after her first attempt to get tested for COVID-19. Upon her arrival to the hospital on that day, she was struggling to breathe, and doctors had to put her on a ventilator immediately.

The family said they were told that the 30-year-old could be the right candidate for remdesivir, one of the several drugs that are being tested as a possible COVID-19 treatment, before learning that she was not in fact eligible.

Mia would campaign for her sister to be included in the trial.

My sister Rana Zoe Mungin has COVID-19 and is fighting for her life, and she is currently on life support. She’s only 30 years old and has such a bright future ahead of her. I’m begging for some help to get her on the new drug Remdesivir or any help you can provide. #COVID19

Her calls for help would find their way across the desk of New York Sen. Chuck Schumer, who appealed to the Food and Drug Administration.

Although Rana Zoe was not added to the trial, she was transferred to Mount Sinai Hospital in Manhattan, where she started to show improvements.

On April 18, she woke up, and doctors tried to help her breathe without a ventilator.

“It is with a heavy heart that I have to inform you all that my sister Rana Zoe … has passed away today at 12:25 pm due to COVID-19 complication,” she said. “She fought a long fight, but her body was too weak.”