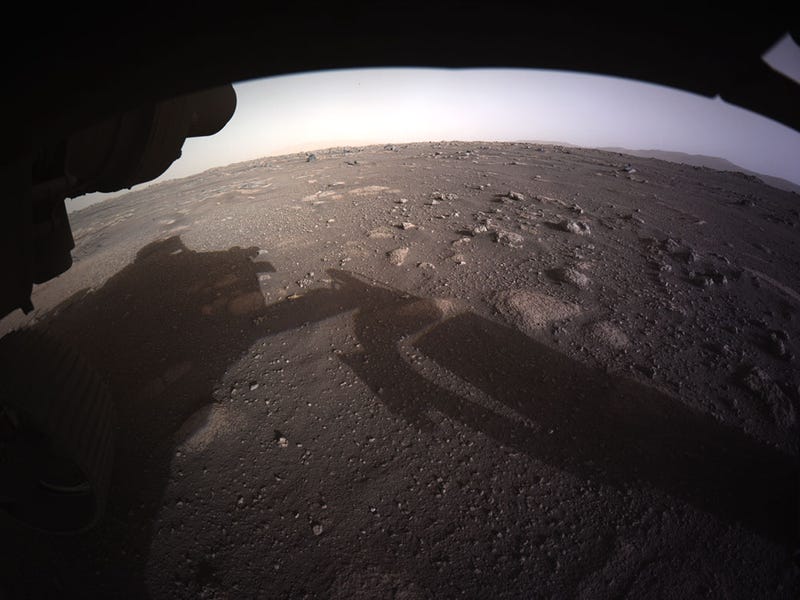 JEZERO CRATER, MARS - FEBRUARY 18: In this handout image provided by NASA, the first high-resolution, color image to be sent back by the Hazard Cameras (Hazcams) on the underside of NASA’s Perseverance Mars rover after its landing in the area known as Jezero crater on February 18, 2021 on the planet Mars. A key objective for Perseverance's mission on Mars is astrobiology, including the search for signs of ancient microbial life. The rover will characterize the planet's geology and past climate, paving the way for human exploration of the Red Planet, and be the first mission to collect and cache Martian rock and regolith Photo credit NASA/Getty Images
By Daniella DeRobbio, KNX 1070 Newsradio

The team behind NASA’s Perseverance rover achieved another historic milestone as they were able to core a Mars rock on Sept. 1.

According to NASA, the team's downloaded images show a sample present in the tube after coring. The core sample should help with Perseverance's mission, which includes the search for signs of "ancient microbial life." 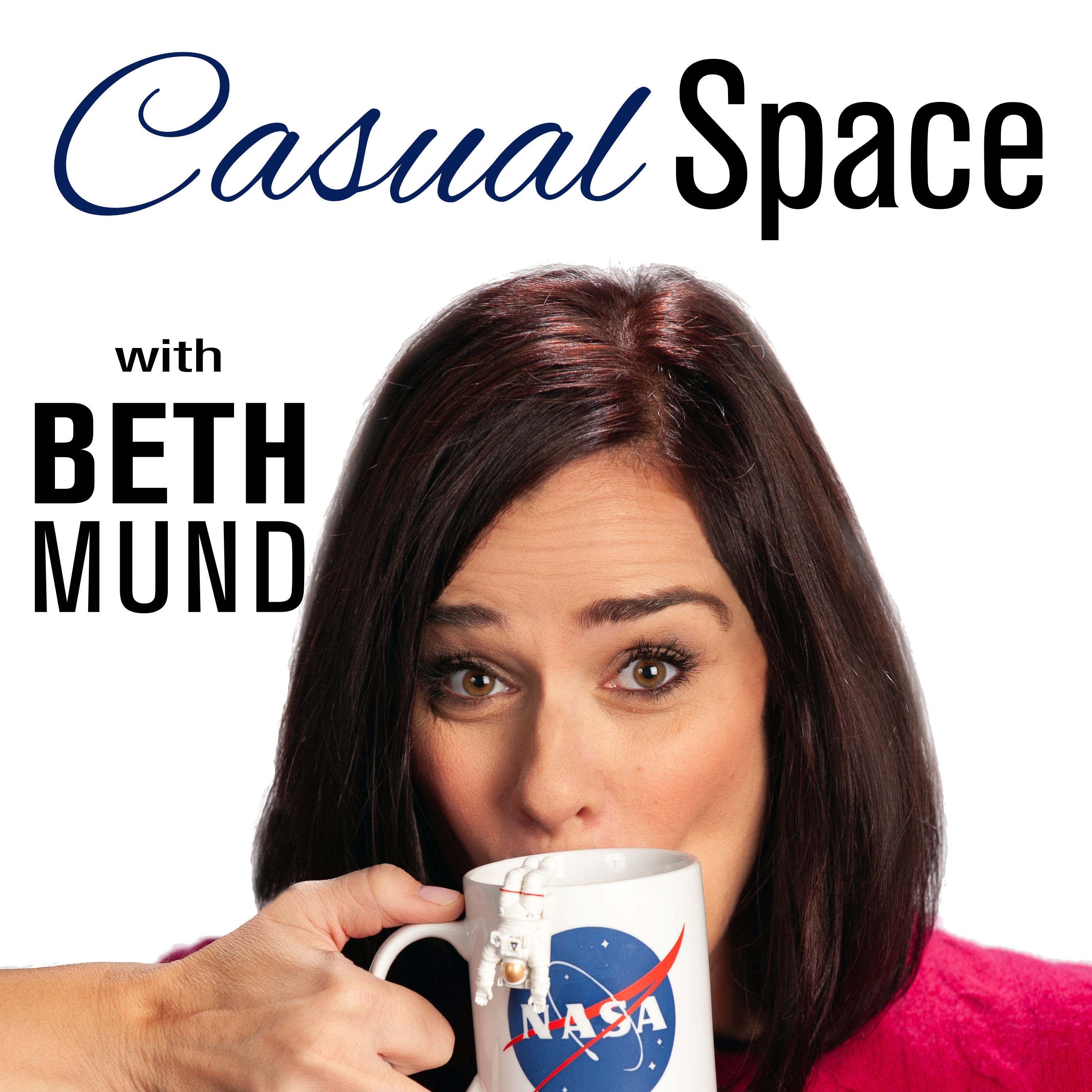 The rover will analyze Mars' geology and climate as an important step in the human exploration of the planet.

"The project got its first cored rock under its belt, and that’s a phenomenal accomplishment,” said Jennifer Trosper, project manager at NASA’s Jet Propulsion Laboratory in Southern California, in a statement.

“The team determined a location and selected and cored a viable and scientifically valuable rock. We did what we came to do. We will work through this small hiccup with the lighting conditions in the images and remain encouraged that there is sample in this tube.”

The team did hedge that some of the images that were taken following the coring were “inconclusive.”

The Perseverance’s Sampling and Caching System used a “rotary-percussive drill and a hollow coring bit at the end of its 7-foot-long (2-meter-long) robotic arm to extract samples”, according to NASA. The rock that was sampled was “briefcase-sized” and belonged to ridgeline containing “rock outcrops and boulders.”

The team previously attempted to core a Mars rock on Aug. 5. 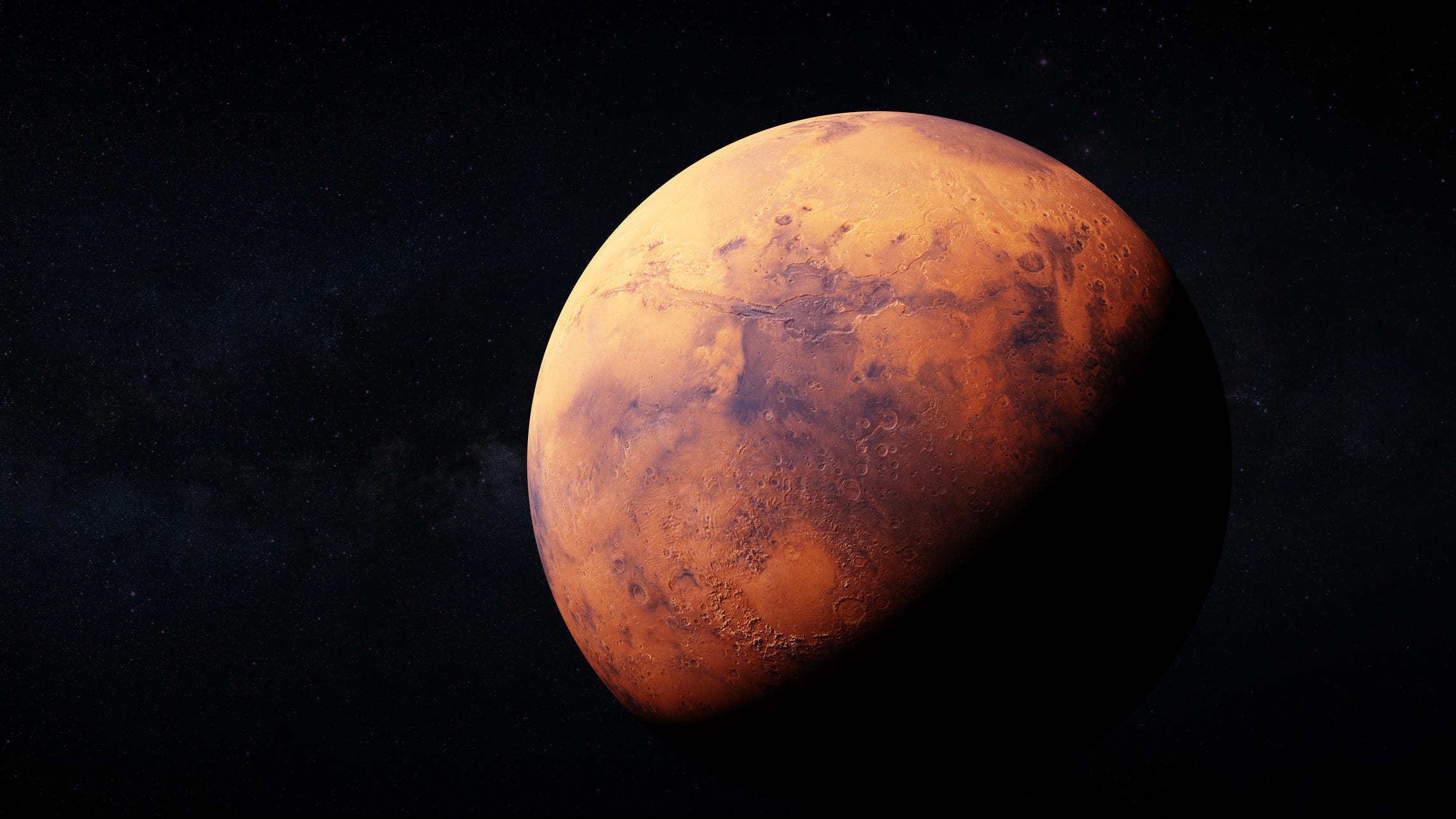