A Texas teenager has won $25,000 for developing a potential treatment for coronavirus.

Anika Chebrolu, an eighth grader at Nelson Middle School in Frisco, won the 3M Young Scientist Challenge after she created a drug that could be a game changer in the ongoing COVID-19 pandemic.

"It's exciting. I'm still trying to process everything," she told KTVT. "I developed this molecule that can bind to a certain protein on the SARS-CoV-2 virus. This protein by binding to it, it will stop the function of the protein.”

The 14-year-old initially set out to find a way to fight the flu, but her plans were uprooted once the novel virus began to spread.

Her work on the COVID treatment involved using computer programs to identify where and how the molecule binds with the virus.

The burgeoning scientist said she was motivated to find a treatment because of the devastation the virus was having around the world. Her grandfather was also a big inspiration. 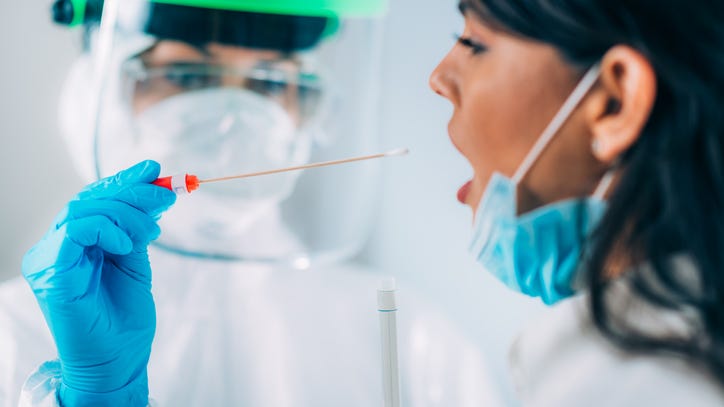 Should you get a COVID test if you have the symptoms of a cold?

“My grandpa, when I was younger, he always used to push me toward science,” Chebrolu said. “He was actually a chemistry professor, and he used to always tell me learn the periodic table of the elements and learn all these things about science, and over time, I just grew to love it.”

In addition to the prize money, she will also get an exclusive mentorship with 3M.

“I would like to learn more from 3M scientists to pursue my drug development and with their help, would like to conduct in-vitro and in-vivo testing of my lead drug candidate,” the teenager told KSAT.

sports
Hustling Cedric Mullins turns popup into a triple vs. Red Sox
sports
Russell Westbrook breaks Oscar Robertson's all-time triple-double record
music
Sum 41's Deryck Whibley on 20 years of 'All Killer, No Filler,' and the moment they missed with DMX
sports
Doug Pederson 'excited' for Jalen Hurts in 2021
sports
Jaylen Brown will miss the rest of the season due to injury
music
7 Pop songs you need to hear right now