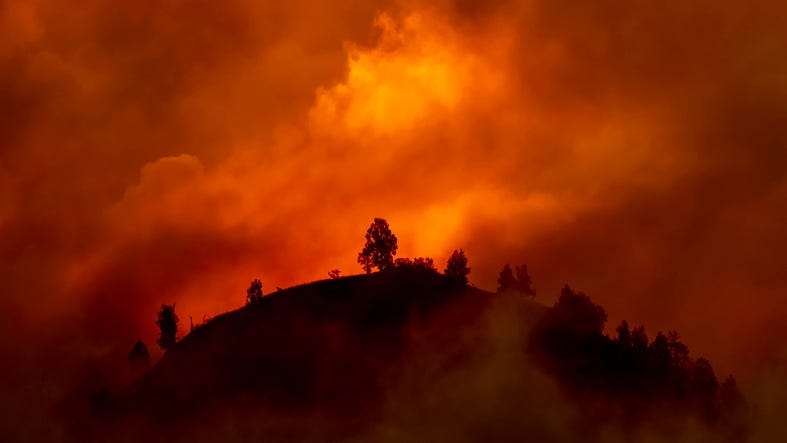 The National Weather Service posted an apocalyptic video on Wednesday of a fire tornado forming over a wildfire near Mount Shasta.

The firenado, or fire whirl, was caused by the Tennant Fire which started June 28 on the eastern side of the Klamath National Forest near Highway 97 in Siskiyou County, California.

As of Wednesday, the fire had ripped through more than 10,000 acres and was 71% contained.

Firenados occur when ground-level winds come into contact with a fire.

The U.S. Forest Service captured the footage on June 29 while battling the fire.

Here is a video of a fire whirl from the #TennantFire on June 29th. After a survey from the IMET, this was likely the rotation our radar was picking up on the 29th. Credit to the US Forest Service for taking this video. #CAwx #fire #fireseason pic.twitter.com/MMQLguZAZR

The weather service's office in Medford, Oregon, said meteorologists noticed the rotation on June 29 and shared a radar image as further proof of the incident. 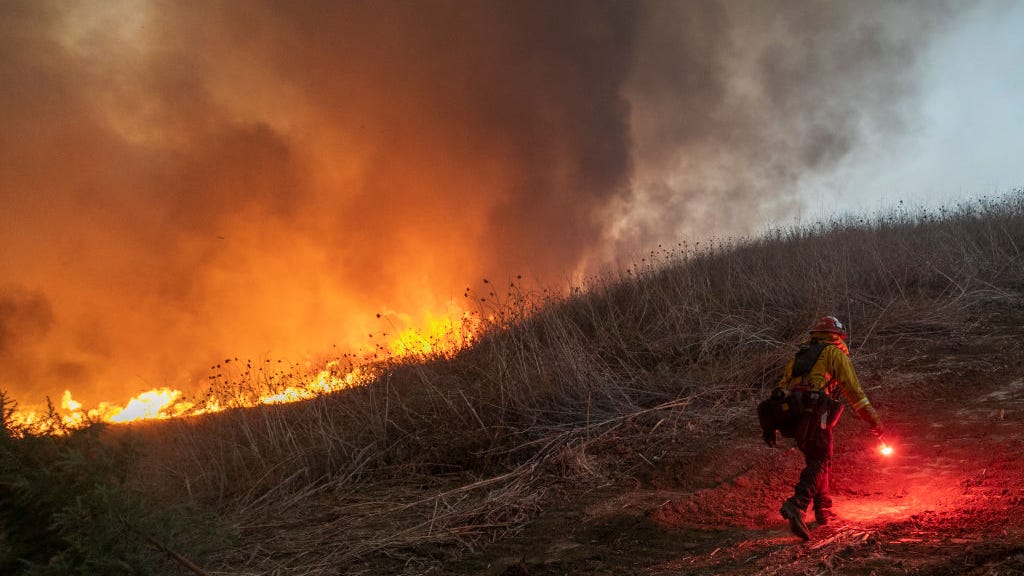 The cause of the fire is under investigation, the Forest Service said.