When Opal Lee was born in 1926, Carter G. Woodson -- known as the ‘father of Black history’ -- had just commissioned the very first celebration of Negro History Week. The week of recognition would decades later become our modern Black History Month.

Woodson dedicated his life to honoring the contributions of Black people. He believed descendants of the African diaspora should be proud of their heritage and wanted all Americans to recognize their largely overlooked achievements.

You could call Opal Lee the ‘grandmother of Juneteenth.’

The 94-year old who has made getting Juneteenth recognized as a federal holiday her life’s mission modestly describes herself as a “little, old lady in tennis shoes.” Ms. Opal Lee is sharp and witty with a jolly sense of humor and an infectious laugh.

Opal Lee (at 89) has practical history to give on politics and necessary walk to DC, petition 1,013 to 100K. https://t.co/n5PsnXxlSK pic.twitter.com/jXlabV6vml

Asked about the distinction between Juneteenth and Independence Day, “Woo, girl!” she exclaimed to the New York Times. “Slaves weren’t free. You know that, don’t you? “

The June 19 holiday marks the actual end of slavery in the United States. President Abraham Lincoln issued the Emancipation Proclamation on January 1, 1863, but it took two and a half years -- until June 19, 1865 -- for word of their freedom to reach Black slaves in Galveston, Texas.

“The fact is none of us are free till we’re all free. Knowing that slaves didn’t get the word for two and a half years after the emancipation, can’t you imagine how those people felt?” Lee asked.

Ms. Opal Lee is a tireless advocate in the fight to make Juneteenth a federal holiday and has amassed more than 1.5 million signatures from Americans who want the same. Honored to meet her this morning and proud to have her support my Juneteenth National Independence Day Act. pic.twitter.com/eFx6pkpXiY

For Lee, the singular day of celebrating emancipation has grown into weeks of campaigning and educating the public about the important milestone in Black history. In Texas, the first state to make Juneteenth a holiday, the festivities include a parade, prayer breakfast, art installations and exhibits, a gospel concert, and a beauty pageant. Opal Lee is a staple at most.

She can recall growing up in Marshall, Texas, where hot, humid Juneteenth celebrations at the fairgrounds were larger-than-life family gatherings that rivaled Thanksgiving and Christmas.

All of her childhood memories growing up in the deeply segregated South aren’t fond. She can still vividly remember the night a mob of 500 incensed white rioters bombarded her family’s home with rocks and stones, set it on fire, and drove them out of town. 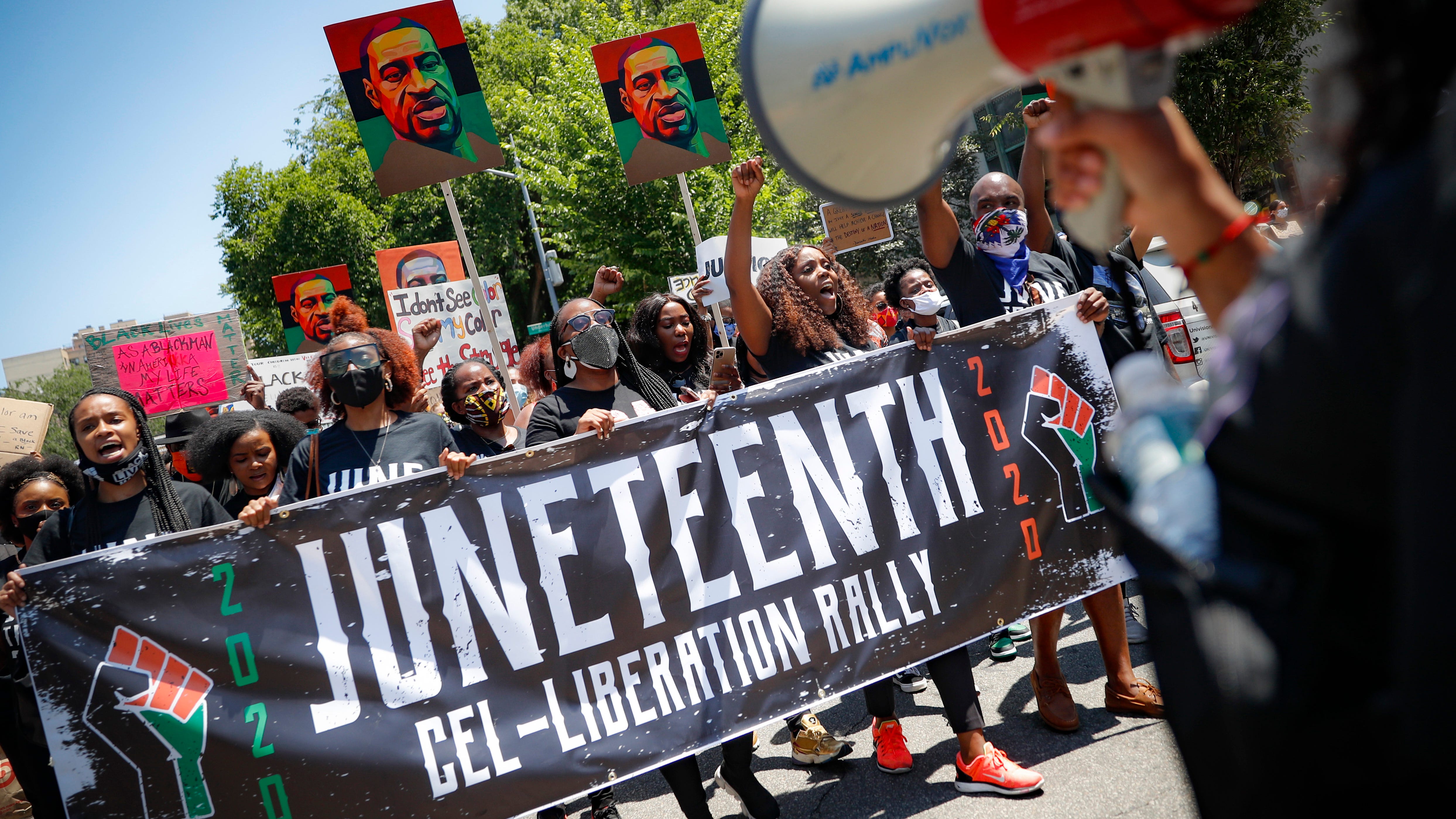 "The people didn't want us ... the police couldn't control the mob,” Lee told ABC13’s Cory McGinnis. My father came with a gun. And police told them if he busted a cap, they'd let the mob have us.”

Whether watching her family’s home burn down as a 13-year old on Juneteeth was the impetus for her life’s work, she honestly doesn’t know.

Opal Lee, the grandmother of Juneteenth, explains the importance of June 19th and why she is marching to ensure Juneteenth becomes a national holiday.

Watch as we celebrate the tradition of Juneteenth with “Our America: Black Freedom” – Streaming now, wherever you watch ABC13. pic.twitter.com/net2H3aw17

Nor is she vengeful about the racially motivated attack. “If we could just love one another, you know? If you could get past the color of my skin and love me like you do that boy next door to you.”

In 2016, as she approached 90-years old, Opal Lee decided she needed to do more to spotlight her fight for getting the federal holiday. She laced up her shoes and walked from Fort Worth, Texas to Washington, D.C., traveling two and a half miles each day to signify the two and a half years slaves in Galveston waited to get news of their freedom.

“I decided, if a little old lady in tennis shoes was walking toward Washington, somebody would take notice,” she told KTRK.

I’m out at Neonopolis where 93-year-old Opal Lee and her supporters are about to walk to spread the message of Juneteenth and the push to add it to the national calendar in 2020. Lee says the day serves as a unifying force in a country that is starkly divided. pic.twitter.com/sjLO4HeXCH

This year she is walking again. But this time it will be to celebrate the newly minted Juneteenth holiday, after Congress passed the bill this week.