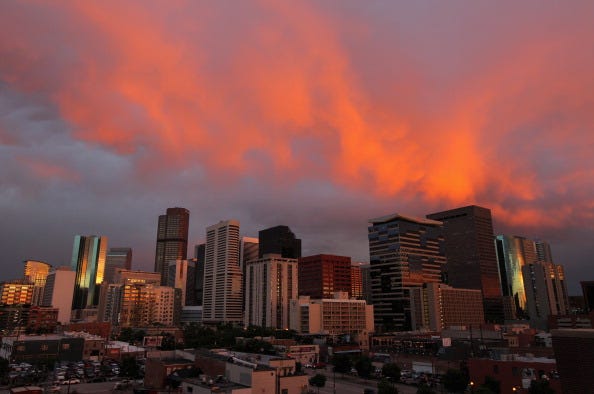 Wannabe Carrie Bradshaws beware, New York City may not be the best place to find your Mr. Big.

A new study has analyzed the best and worst cities in the United States for single people, and the Big Apple isn’t even in the top 30, according to WalletHub.

#Single? Looking for #love? Find out where you have the best chance of finding it before #Thanksgiving: https://t.co/bhQGB2cZgH pic.twitter.com/UgwOnQrTGp

Those dimensions were further broken down into 35 metrics such as the average cost of meals, drinks, housing, unemployment rates, restaurants per capita and the percentage of singles in the population.

From those findings, it appears the “Real Housewives of Atlanta” may be onto something, because Georgia’s capital came out on top as the best place for singles. Atlanta scored high for both fun & recreation and dating opportunities and was about average as far as cost of living.

Right behind ATL was Denver in second, while San Francisco, which was at the bottom as far as affordability, took third. San Diego and Portland, Oregon rounded out the top five “best places.”

Other big cities followed close behind with Chicago in sixth and Los Angeles in seventh. Unfortunately for Carrie, Samantha, Miranda and Charlotte, New York only managed to land in 35th place, despite being the top spot for fun and recreation. Order another cosmo, gals and guys!

As far as the worst cities for being unmarried, it looks like mild climates are not ideal for dating. In dead last place was Pearl City, Hawaii (near Honolulu), followed by the Miami suburb of Pembroke Pines, Florida and Glendale, Arizona, which is just outside of Phoenix.

The study also found that Detroit had the highest share of single persons, with nearly 74% being unmarried. While Indianapolis appears to be the place to throw back glasses of Chardonnay as it had the lowest price for wine, as an average bottle costs just $3.79. Cheers!

The 10 best cities are as follows: