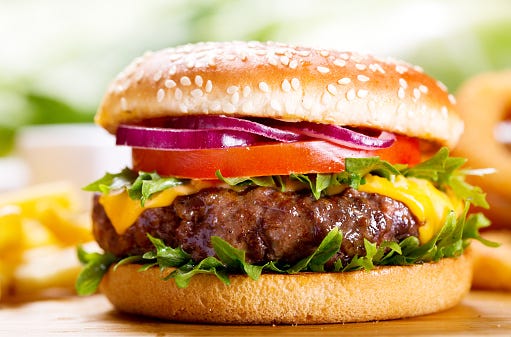 A new survey is sure to cause a lot of beef with restaurant chains.

Consumer Reports’ Chain Reaction V, which rates the 25 most popular U.S food establishments based on how much antibiotics are found in their beef, just gave an F to 15 of the biggest franchises, reported the NY Post.

Our new "#ChainReaction V" scorecard grades the top 25 chains on their #antibiotic use policies for #beef sourcing, on implementation of these policies, and on transparency around antibiotic use in their beef supply chains. Get the full report >> https://t.co/LkS4sf6EqQ pic.twitter.com/yfuqvfBlki

Antibiotics are routinely given to cattle to help ward off bacteria and other infectious diseases. But their frequent overuse can cause the animals to become resistant to the bacteria and potentially pass the illness to the humans that consume them.

Before we get into all the unappetizing news, customers will be happy to know two establishments scored extremely well.

Chipotle, which previously was embroiled in a scandal after an outbreak of E.coli at several of their locations, took the top spot and was the only restaurant to get an A.  The Mexican grill regularly audits its beef supplies and assures that more than half of their beef is 100 percent grass-fed.

Right behind them is fellow fast-casual chain Panera Bread with an A-. Despite getting a tad lower score than Chipotle, 100 percent of  Panera’s beef is pasture raised, grass fed and grass-finished.

When you’re recognized for being one of the only restaurant chains to get an “A” for responsible antibiotic use and it's #Halloween.

McDonald’s, which is the single-largest purchaser of beef in the world, was named the “biggest Mooover” in the survey for climbing up from last year’s F score to a solid C this year. Tying the Golden Arches was Subway, who has committed to being 100% antibiotic-free by 2025.

Wendy’s got a D+ and was labeled “Biggest Wannabe” for being mostly all talk and no action when it comes to implementing substantial change in their use of antibiotics. Taco Bell managed to get a D and only avoided a failing grade because they pledged a 25 percent reduction in the use of “medically important” antibiotics by 2025.

Despite the addition of the plant-based Impossible Burger to its menu, Burger King lead the charge of the 15 restaurants to score and F.

In addition to not participating in the survey, none of the 15 restaurants have an established policy restricting the use of antibiotics in their beef.

“We therefore urge restaurant chains to require their suppliers to go beyond FDA’s minimum requirements and set comprehensive, time-bound policies restricting all routine antibiotic use, in order to make significant progress in curbing antibiotic resistance,” the report said.