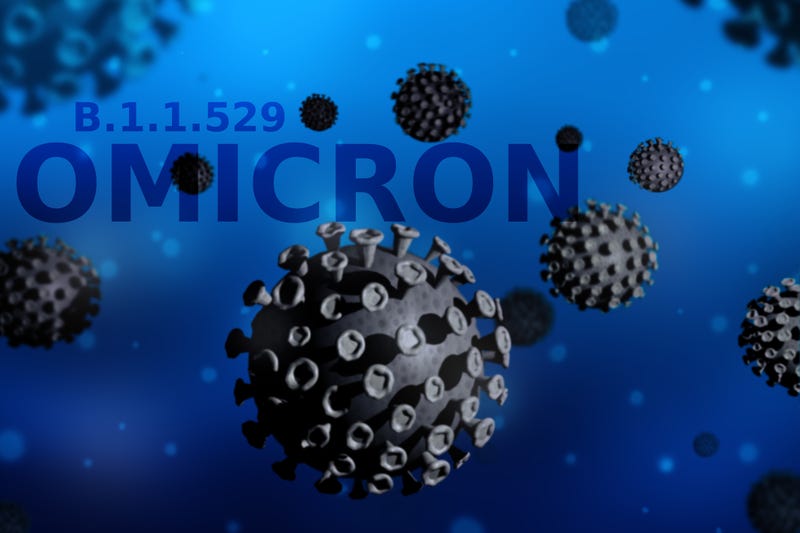 COVID-19 is rapidly proving to have more variants than a comic book store, and each new mutation raises new questions and new caution among a world population already weary with a pandemic that’s rapidly approaching its own two-year anniversary.

Dr. Joe Kanter, Louisiana State Health Officer, acknowledged to Newell Normand on WWL Radio that he understands if people are downtrodden, but said there’s cause for thinking positively.

“It’s easy to be discouraged right now to look at the news and feel like you’re in Groundhog Day,” Kanter said. “I really don’t feel that.
We are much, much, much better off than we were last year, and I’m optimistic.

“I do think Omicron warrants our attention, and we’re paying very, very close attention to it. But there’s so many unknowns right now. And when you have this many unknowns, people go on the news and postulate. But we shouldn’t confuse that with actual data.”

Kanter went on to lay out the actual data.

“We know that this new variant has a whole bunch of mutations, over 50. Thirty of them are on the protein, which is the part that allows the virus to get into the cell,” Kanter said. “What we don’t know is much, much larger.

“We don’t really know how transmissible this thing is going to be. We don’t really know if it’s going to make people sicker, and the early suggestions from some docs in South Africa is that it will not. We don’t know if it’s going to be resistant to vaccines or monoclonal antibody treatment or the protections someone gets after getting COVID itself. And those are really, really crucial questions.”

Kanter noted that there have been a number of variants already that looked concerning, including some that were vaccine-resistant, that did not prove to cause much of a problem to the world at-large.

“So I’m not saying that this 100% won’t affect us,” Kanter said. “I think we just wait and see what happens. I think at this point in time… the volume of the voices being raised doesn’t match what we actually know about the variant.”