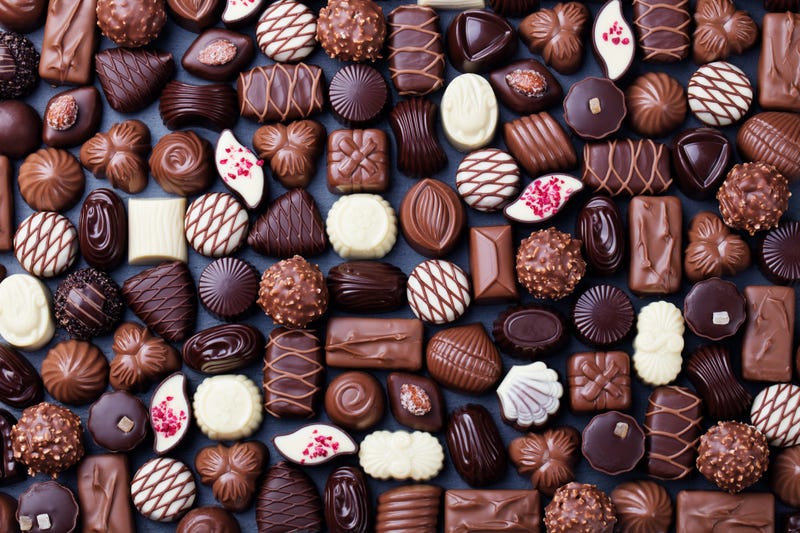 Having a craving for chocolate is common, but can you be addicted to it?

Experts say that white and milk chocolates are loaded with sugar and fat that trigger a dopamine fix, reported NBC News. It’s the processed salts, fats and sugars that make these chocolates so tasty, which is why they are so addictive. The dark chocolates, however, are much healthier for you.

“The more processed food is, the more addictive it is,” Nicole Avena, assistant professor at Mount Sinai Medical School and a visiting professor of Health Psychology at Princeton University told NBC. “We don’t yet know exactly why this is, but I think the issue is that processed foods are man-made concoctions that are designed to taste good, and milk chocolate has a much higher dose of sugar than you’d ever see in nature."

She continues, "We have done many studies in this area, and found that among the foods that are most addictive, chocolate is at the top, and the chocolate people tend to really crave is milk chocolate, which generally has a lot of added sugar. Darker versions are often less preferred because they do not contain the sugar and the milk.”

The sugar and milk affect the brain like a drug, which “triggers changes in the dopamine system on a molecular level.” It's also the sugar that has you craving the tasty treats, as the sweet flavor tends to be more enjoyable than dark chocolates' bitter aftertastes.

“A cascade of neurochemical changes can occur,” Avena said. “Milk chocolate will simulate sweet taste receptors. You won't see that with dark chocolate as it's bitter and somewhat aversive. Sweet taste receptors alone stimulate a dopamine release, sending projections that say, ‘This is a pleasurable experience; Let's do it again.’”

She continued, “The next time you even look at say, a Hershey’s wrapper, your brain will know that’s the signal for that powerful pleasurable feeling,” Avena said. “This is why you don’t see food brands change their labeling. Our brains are wired to be wary of new foods.”

You may be wondering, why is dark chocolate better for you? It all has to do with the compounds in the cacao plant that dark chocolate is made out of.

“Cocoa powder delivers about 50 mg of polyphenols per gram. Dark chocolate contains significantly more of these beneficial polyphenols than milk and white chocolate varieties," she concluded.