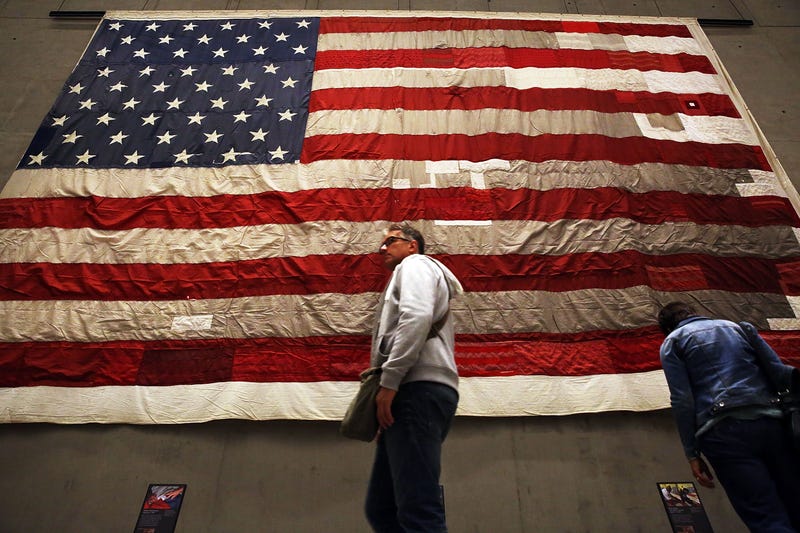 As the world prepares to reflect on the 20th anniversary of one of the biggest tragedies in American history, there’s a new film aiming to reexamine our remembrance and, more specifically, the physical building dedicated to it.

Shedding light on the little known controversy surrounding the construction of the 9/11 Memorial and Museum, "The Outsider" is by no means a controversial film. However, that hasn’t stopped some of the site’s officials from calling parts of it “defamatory.”

Made over the course of six-and-a-half years and comprised of over 670 hours of material, the film is told from the perspective of titular “outsider” Michael Shulan, who served as the museum’s creative director at the time.

Speaking to 1010 WINS about the film, co-director and archivist Steven Rosenbaum said that the film wasn’t always intended to be about Shulan. After seeing how alienated he was from the final product and realizing how much “he embodied the complexity of the place,” the decision was easy.

Throughout his time at the museum, Shulan only ever wanted to curate a showcase that had a “democratic” voice. Not only did he want it to remember the fallen, but he wanted to raise questions about what happened that day too.

Unfortunately, to Shulan, the result was more of a “Disneyfication of 9/11” than anything else - gift shop and all.

While not entirely opposed to the monument, Rosenbaum says he's troubled by, “the fact that 9/11 was this extraordinary public crisis, [and] it’s now embodied in a private museum.”

“If you accept the argument that the terrorists attacked our country to attack our freedoms, to attack our liberty, to attack democracy,” Rosenbaum said, “then you would expect the museum to embody [all of those things]...it started out that way, but as Michael Shulan says in the film, ‘It started out as a museum of question marks, and it became a museum of periods.’”

Agreeing with Shulan, Rosenbaum says, “It’s too soon for the story of 9/11 to be answered.”

He adds, “This anniversary is different...for most historians, [the 20th anniversary] is the moment where things that they think of as current events become history.” In other words, being this far-removed from the event allows experts to view it from a different lens.

Though the film comes out this Friday, a little less than a month away from the anniversary, Rosenbaum says that the early release was intentional because, “[He wants] this conversation to get started [and wants] people to feel comfortable talking to their friends and neighbors and loved ones about what they remember about 9/11, about what they agree and disagree with."

Similar to the debate the film sparks about the museum, he finds these conversations “helpful.”

While the film will be available in select theaters beginning this Friday, it’s actually going to make history on Thursday as Facebook’s first-ever movie premiere.

Between the hours of 8 p.m. ET until 8 a.m. ET, global users can purchase tickets for $3.99. In addition to the film, ticket holders will also be granted access to a panel discussion following their viewing. You can purchase a ticket here.