Trader Joe’s is sticking to its labels.

While it seemed like the grocer was on board to phase out some international brand names following a petition from a high school senior, it now seems that management is changing its tune.

The grocer said it would not change labels like “Trader Jose’s” and “Trader Ming’s” on its selection of Mexican and Asian foods despite the petition calling them racist.

“We want to be clear: we disagree that any of these labels are racist," the chain said in a statement on their website, adding, “we do not make decisions based on petitions.”

The statement contrasts the grocer's stance from earlier this month that said it would consider changing the names that Briones Bedell said “perpetuates harmful stereotypes.”

“While this approach to product naming may have been rooted in a lighthearted attempt at inclusiveness, we recognize that it may now have the opposite effect — one that is contrary to the welcoming, rewarding customer experience we strive to create every day,” company spokeswoman Kenya Friend-Daniel said originally. 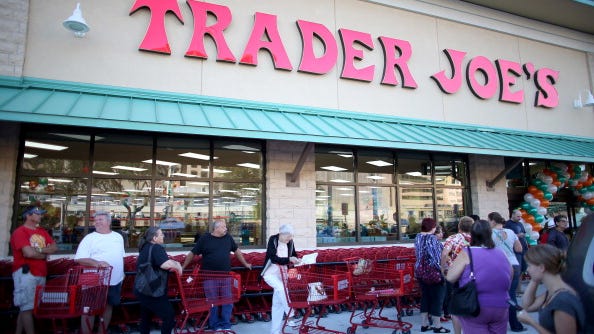 The petition on Change.org takes aim at “racist packaging” including the Italian “Trader Giotto’s” and the Japanese “Trader Joe San.”

In a recent statement, the chain said it's been labeling ethnic brands with variation's of "Joe" for decades with the idea of inclusivity and fun product marketing in mind. “We thought then — and still do — that this naming of products could be fun and show appreciation for other cultures,” the company said.

“Products that resonate with our customers and sell well will remain on our shelves," it added.

Bedell was surprised by the change of heart telling the Associated Press: “It seems to be this complete reversal of their previous commitment to removing names from international foods that the corporation themselves have described as not being conducive to creating a welcoming customer experience.”

The San Francisco Bay Area high senior, who was a frequent Trader Joe’s shopper, said the company’s history is problematic as the late founder, Joe Coulombe, drew inspiration for the decor and theme of the store from the book "The White Shadows in the South Seas” and a ride on the Disneyland Jungle Boat Cruise, which she wrote perpetuated racial stereotypes.

“It’s intended to allow the consumer to build up this perceived sophistication through their knowledge of worldliness through their choice of food,” she said. “But it's not a cultural celebration or representation. This is exoticism. These brands are shells of the cultures they represent.”

Friend-Daniel said that the company is not against making necessary changes -- they previously dropped names such as Arabian Joe’s and Armenian Joe’s which weren't connecting very well -- but that they would do so with input from employees and customers and not a petition.

“Moving forward, we will continue to evaluate those products with name variations that remain in our stores," Friend-Daniel said. “If we find certain product names and-or products are not resonating with customers, we won’t hesitate to make changes."

The petition, which garnered 5,000 signatures, sparked a debate with some opposers even starting counter petitions.

Bedell has stood her ground, however, stating that she’s just “grateful that this has sparked as much conversation as it has.”

“I hope in any future endeavors I can act as a facilitator so people can make up own minds about what is right,” she added.