NEW YORK (1010 WINS) -- President Trump on Wednesday acknowledged reports of impending violence pegged to the inauguration -- which include armed protests at all 50 state capitols -- urging "all Americans" to avoid acts of violence.

"In light of reports of more demonstrations, I urge that there must be NO violence, NO lawbreaking and NO vandalism of any kind," the president said in a statement. "That is not what I stand for and it is not what America stands for. I call on ALL Americans to help ease tensions and calm tempers. Thank You."

The adviser added, "This is a critical time in our nation’s history and surely we can all come together to deliver this important message and not continue to play partisan politics."

Trump's plea comes as the House debates an article of impeachment against the president for inciting an insurrection at the U.S. Capitol last week. 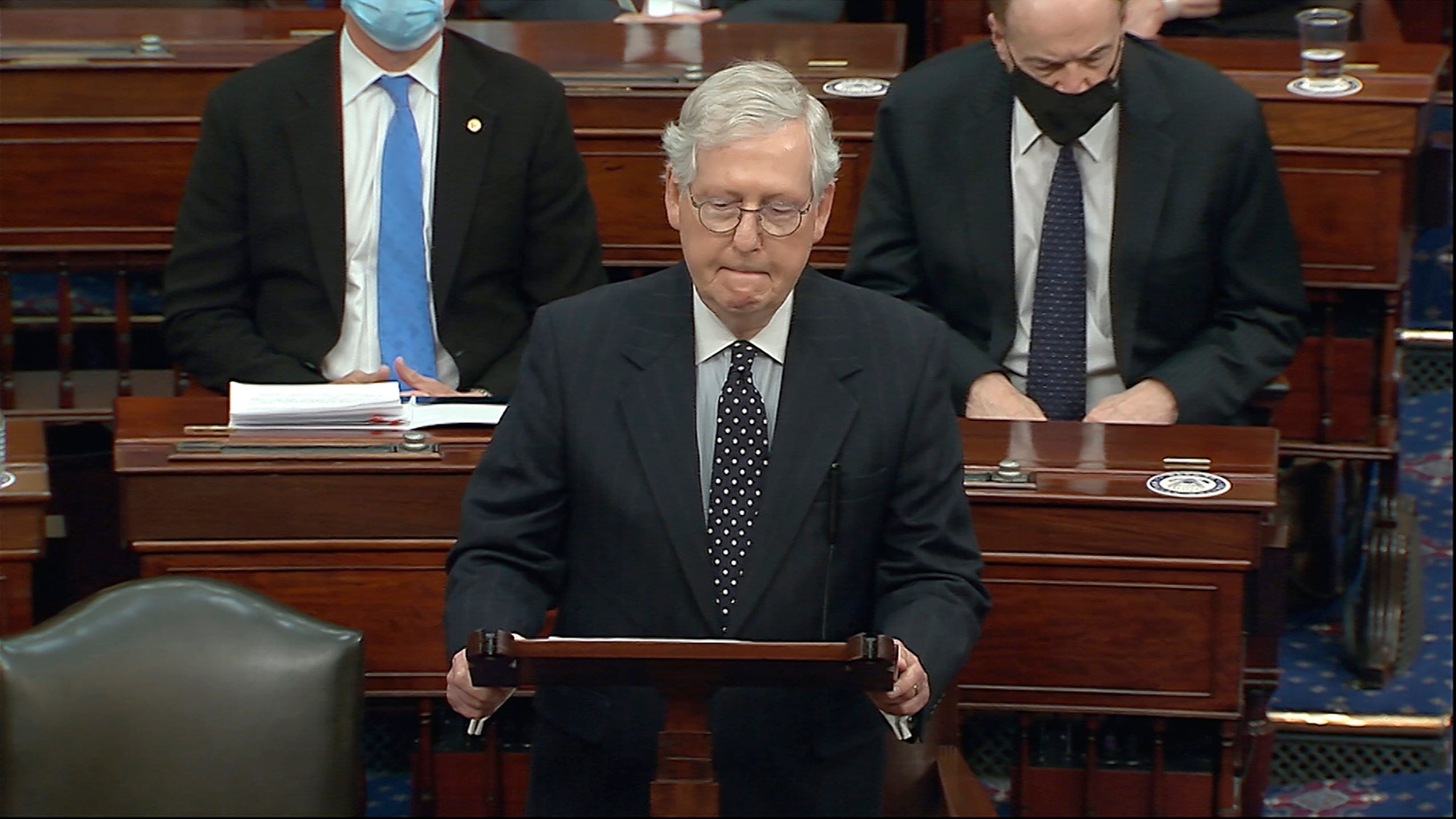 McConnell racing away from Trump as impeachment vote nears